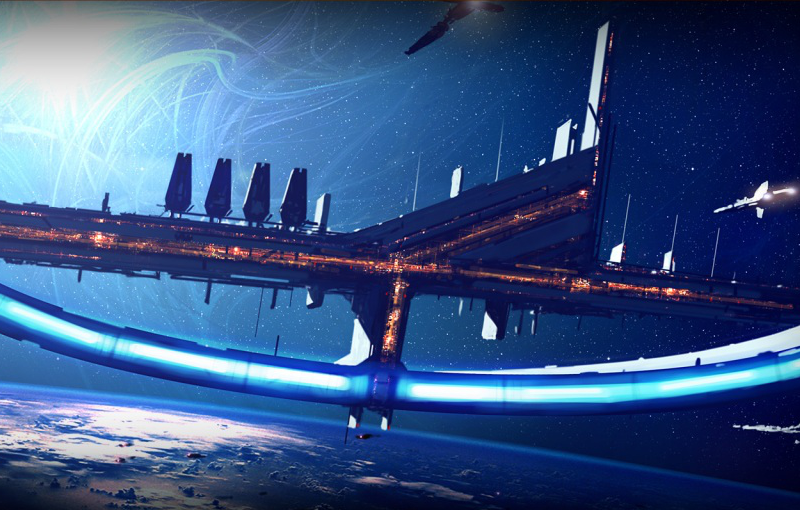 I stumbled upon a massive, novel-length review of the Mass Effect trilogy written by Shamus Young and I thoroughly enjoyed reading it. Apart from a few minor annoyances, I found hardly anything I could argue in his analysis. Unlike so many critics within the fandom who focus all their ire on the controversial ending, Shamus asserts that the narrative of Mass Effect lost its cohesion much earlier. He goes on to examine all the major plot developments and several important subplots and demonstrate that the deus ex machina finale that failed so many expectations was inevitable in the context of the numerous storytelling blunders committed throughout the second and third installment.

It’s a thoughtful, fairly comprehensive and logically sound analysis. Shamus does his best to remain objective and keep his own feelings of injury and disappointment out of it. And for the most part, he manages it quite well. He acknowledges a positive bias toward the first game of the series, which stands apart from the sequels in several key aspects. Most importantly, Mass Effect 1 is a details-first kind of story, while Mass Effect 2 and 3 are of the drama-first kind. The distinction is well-illustrated on the example of Star Trek (details-first) vs Star Wars (drama-first), but the applications are far wider. It’s an incredibly elegant concept that neatly summarizes a huge amount of unstructured information and intuition about a work of [science] fiction.

In the case of Mass Effect, the transition from details-first to drama-first approach happens abruptly at the beginning of the second game, together with the abandonment of narrative continuity for the sake of the wow-factor. Some notable plot milestones guilty of this are the death and resurrection of Shepard (together with the destruction and remaking of the Normandy), the introduction of the human reaper, the petty anthropomorphism of Harbinger, the introduction and destruction of the Alpha Relay, the arrival of the Reapers, the discovery of the plans for the Crucible on Mars, the discovery of a prothean beacon and VI on Thessia, bringing the Citadel to Earth, and so forth. The list could probably go on to cover every major development of the main plot in the sequels.

The worst of all is the introduction of and unrelenting focus on Cerberus. Not only is Cerberus magically awarded the power and resources rivaling entire galactic civilizations, they are also awarded more screen-time than any other subplot, including the main plot. Brimming with contradictions, cheap stereotypes, continuity errors and smacking of self-insert, Cerberus is the source of the majority of problems the narrative of the sequels suffers from. It’s as if the writers of the sequels weren’t much interested in writing actual sequels for the original game, but instead hijacked it and wrote a story they were interested in — the story about Cerberus — while giving the initial main plot only the obligatory lip-service.

The shift in focus would have been more palpable if the drama in the drama-first sequels was any good. But so far as the main plot is concerned, I’d go further than Shamus and call it melodrama-first. Many crucial scenes that were obviously tailored to produce an emotional response from the players rely on what Shamus calls assumed empathy, which is short for expecting them to have feelings for something just because the authors told them they were supposed to. Such scenes include (but are not limited to) the arguments with Ashley or Kaidan on Horizon and later on Mars, the argument with The Illusive Man about the fate of the Collector Base, the decision to blow up the Alpha Relay and the Starchild encounter at the very end. Conflicts are built upon empty words instead of organic character development, leading to nonsensical dialog while failing (or avoiding) to address the real issues.

In contrast, the important subplots (the genophage storyline, the quarian/geth conflict, and follower story-arcs) are executed decently and don’t suffer from the problems outlined above. Together with the factual improvements in game mechanics, this may account for the willingness of some players (cough, cough) to shut one eye and enjoy the sequels despite the piling problems with the main/Cerberus plot.

These points and many others I could easily agree with. But not all.

For one, even at its tritest, the drama of the sequels is far superior to what we’re served in the original game. Mass Effect 2 was the game that introduced me to this setting and I was shocked with the low quality of storytelling in Mass Effect 1, which I played a short while later. The dialog was either stupid, boring or cringe-worthy, and the amount of ad hoc plot elements introduced through it at random was astounding. Shamus acknowledges some of these weaknesses, but overall he doesn’t subject the first game to the same level of scrutiny as the sequels. If he was to take apart Mass Effect 1 in the blow-by-blow fashion he applied to 2 and 3, even less of it would survive the carnage. But like I said before, he’s aware of this bias and after all, it’s understandable. This isn’t an exact science and it’s OK to leave a personal stamp on a review.

The other face of Shamus’ personal stamp is a slow but sure build-up of negativity, and with it, a decline of quality as the review progresses toward the end. My own memories of particular scenes in any of these games are now years old and not reliable, but in several posts about Mass Effect 3 I got the distinct impression that he either missed or chose to not mention some lore facts and/or in-game explanations that could redeem a small but significant part of the narrative. The most obvious example is his description of the Priority: Palaven quest, which states that (paraphrasing) Shepard is sent to some moon of some turian world to rescue some general. Put that way, anything sounds stupid. Another is the near-total neglect of some vital aspects of the Reapers’ nature: that each of them stores the collective memories and achievement of an entire civilization, and that their ultimate goal is the preservation of these memories and achievements. Details like this can’t patch gaping plot holes, but they add a layer of meaning you can’t strip without making a parody of what’s left behind. In his efforts to express and impart the profound wrongness of how the narrative was handled in the sequels, and especially in the third game, Shamus makes the same mistake he blames the game writes for: he tells us that this or that doesn’t work and doesn’t make sense without showing us why. The frequency of these arbitrary judgments increases dramatically near the end of the review and I’m guessing it’s in part a result of exhaustion.

The first post in the series was published on July 15, 2015, and the last on June 2, 2016. That’s a whole year of tearing Mass Effect apart, one quest at a time. I admire Shamus for the drive and discipline required to pull off such an epic feat, and for the ability to keep it coherent over such a long period. His analysis articulated and categorized many disorganized thoughts and feelings I had on these topics myself over the years. Its stated goal, to track down the causes of the narrative breakdown at the end of the trilogy and thereby provide the confused, disappointed or outright enraged fans with some closure was, as far as I’m concerned, a complete success. However, I didn’t read it for closure. I read it because it’s intelligent, well-written, humorous and entertaining, packed with well-chosen examples and obviously a result of love and dedication.