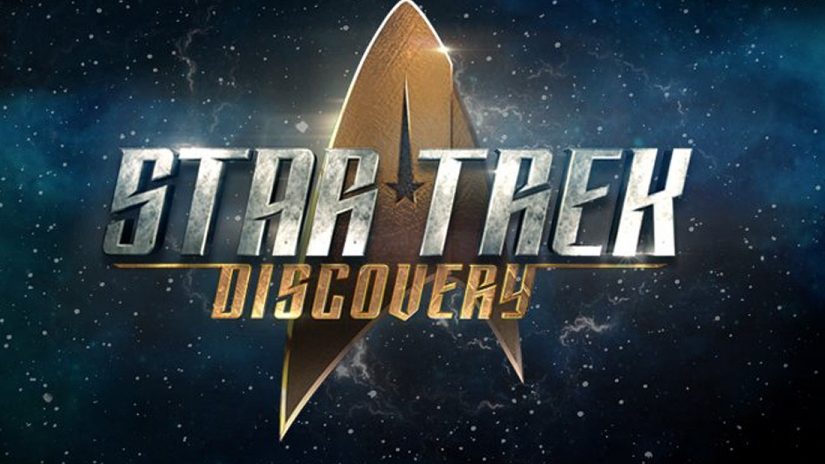 I’ve seen about half the first season of Star Trek: Discovery. It’s riddled with stupid plot-twists, unlikable characters who behave nonsensically and bad design decisions. But among all these legitimate things to complain about, none annoyed me as much as their stars.

In the Pilot, there’s a big space battle between Klingons and the Federation in what looks like a debris or asteroid belt around a pair of dubious stars. Later on, the event enters history as “The battle at the binary stars”.

Let’s start with the name. First, a binary star (singular, not plural) is an object that contains two stars. You don’t say “binary stars” to refer to a single binary star. “Binary stars”, plural, would contain at least four stars.

Second, binary stars are not some rare objects distinct enough to name a battle for. There are about as many or more binary (and multiple) stars as there are single stars. (Yes, that means that 2/3 of all individual stars reside in binary and multiple systems. Multiplicity is the rule, not an exception.) So future, space-faring humans would no more call a historic event “The battle at the binary star” as they’d call it “The battle at the star” had the battle happened near a single star.

Third, real-life, present-day astronomy has identified/named about 3 billion stars. That’s about 3% of the stellar content of the Galaxy and it’s not even a little far fetched to assume that the humans of the Star Trek era would have named them all. These aren’t always nice names, like Vega or even Alpha Lyrae. Some random binary star might be called V417 Aql, HIP 96349 or Gaia DR2 4291364028927627648. (No, these are not made up.) Clearly, such names aren’t suitable for rapid-fire dialog in the midst of a space battle, and even an astronomer writing a scientific paper would shorten that last one to something pronounceable. But an interesting object might as well have a proper name and pretty much any name could be used for the purposes of Star Trek. But there would be a name. It wouldn’t be called “the binary star“.

Now let’s get into the visuals.

We have a large, somewhat distorted yellow star (I’ll call it the donor), a small yellow star (I’ll call it the gainer), a gas stream between the donor and the gainer, and two accretion disks, one for each star, mutually inclined at a ridiculous angle. Before the battle begins, Burnham says something to the effect of, “Ahh, the creation of worlds!” which led me to believe that this was supposed to be a pair of young stars and that one or both accretion disks are supposed to be protoplanetary disks.

Individually, all these elements are apparently inspired by actual astronomy. But they can’t all exist at once.

Accretion disks may be encountered in two radically different scenarios. A new-born star (single or otherwise) might have an accretion disk of leftover material. Such a disk might coalesce into planets, get absorbed or get ejected. It’s not a lasting feature and mature stars will no longer have it (though they will hold on to the planets, if any). On the other hand, an aged star in a close binary system might transfer some of its material to its companion via a gas stream. Instead of falling directly onto the gainer, the material often spirals in and creates an accretion disk.

Now to address the most offensive and least plausible element in that picture: the inclination of one disk relative to the other and their apparent… collision.

Assuming these are new-born stars, there’s no way they could have formed separately (as single stars) and then collided. There’s not enough time. Even in the densest star clusters, interstellar distances are orders of magnitude larger than planetary systems, and for two stars to get close enough to collide while they still have their protostellar disks, they’d have to be moving at an insane speed at birth. Insane speeds are possible in very special circumstances, like in the vicinity of super-massive black holes in galactic cores. Not the case here. If it was, the Klingons would be the least of Burnham’s concerns. Also, if the stars were colliding, the collision itself would only last a very short time; I guesstimate, around a hundred years. It sounds like a long period by human standards, but it’s not even a blink of an eye compared to a lifetime of a star. The probability of accidentally catching such a rare event while it’s happening is, to borrow Burnham’s very scientific term, “incalculably small”. Besides, if it was intended to be a collision, I’m sure we’d have heard about it, and the battle would’ve been named “The battle at the colliding stars” (which would, to be honest, have been so much cooler).

If it’s not a collision, then these stars are supposed to have formed together. New-born stars in a binary system might initially have misaligned rotation axes (and inclined equatorial disks), but for the inclination to be as high as in that picture, they’d have to be very, very far away from each other. If they’re close enough to interact (as depicted), then their disks would be near-perfectly aligned from the start.

You can’t have the cake and eat it too. What happened here, I think, is that, with or without the help of a professional astronomer, the people who created this perversion made a list of cool-sounding phenomena related to binary stars, such as mass transfer and accretion disks, and decided to include them all in this scene for the maximum wow-factor. Who cares if things make sense, anyway? The nerds who enjoyed Star Trek in the olden days are probably extinct by now, right?

In Episode 4, the Discovery nearly gets sucked into a star while testing the spore drive. That’s all nice and well — apart from pairing the visual below with someone’s panicked line that it’s an “O-type star!”

The star in that picture is basically the Sun. Compare with an actual image of the Sun made by SOHO:

As any sci-fi fan probably knows, the Sun is a G-type star. Not an O-type star. I would very much like to show you a good, realistic image of what an O-type star might look like up close, but there doesn’t seem to be any on the interwebs. Here’s a seemingly correct color and size comparison of various star types from the Wikipedia, though:

Less obvious is the problem of size. I’m too lazy to run a calculation on this, but for the Discovery to appear that big with the backdrop of an O star (which would be about 15-20 times larger than the Sun), it would be more than far enough from it to make absolutely no fuss about it.

Even less obvious, but no less irritating, is the… hairy surface. The granulation pattern and the bright gas currents are manifestations of the magnetic field that exists on the surface of the Sun and sunlike stars. But not on O-type stars! Sunlike stars have convective outer layers (meaning that the dominant mode of heat transfer from the hot interior to the cool surface is mixing). Convection begets magnetic field, which generates all those surface irregularities (also sunspots). But O-type stars have a completely different structure. Their outer layers are not convective, but radiative (the dominant mode of heat transfer is radiation), and they don’t have surface magnetic fields. No magnetic fields — no granulation, no spots, no “hair”, no prominences and so forth.

Of course, no one has ever seen an O star in such fine detail as we see on the Sun, but if one thing is certain, it’s that it would look nothing like the visuals from Discovery.

Bad astronomy on TV is probably as old as TV itself, but Star Trek is supposed to be better than that. It’s supposed to be clever and classy and as close to the actual science as possible.

Not anymore, I guess.

Dear authors, please stick to the track and leave the stars alone.