This is an archive of the fanfiction I wrote for Darksiders, Mass Effect and The Elder Scrolls. Most of my works you can also find on AO3 and FanFictionNet.

The rating scheme is adopted from FictionRatings. Stories rated MA will have content notes on their respective pages.

After the encounter with Astarte, Strife is so deep in his thoughts, he doesn’t even realize he’s been injured. Loose prequel to Not Alone.

War and Strife agreed to leave the past behind, but there’s one memory from the time of the Nephilim invasion of Eden that they both hesitate to give up. 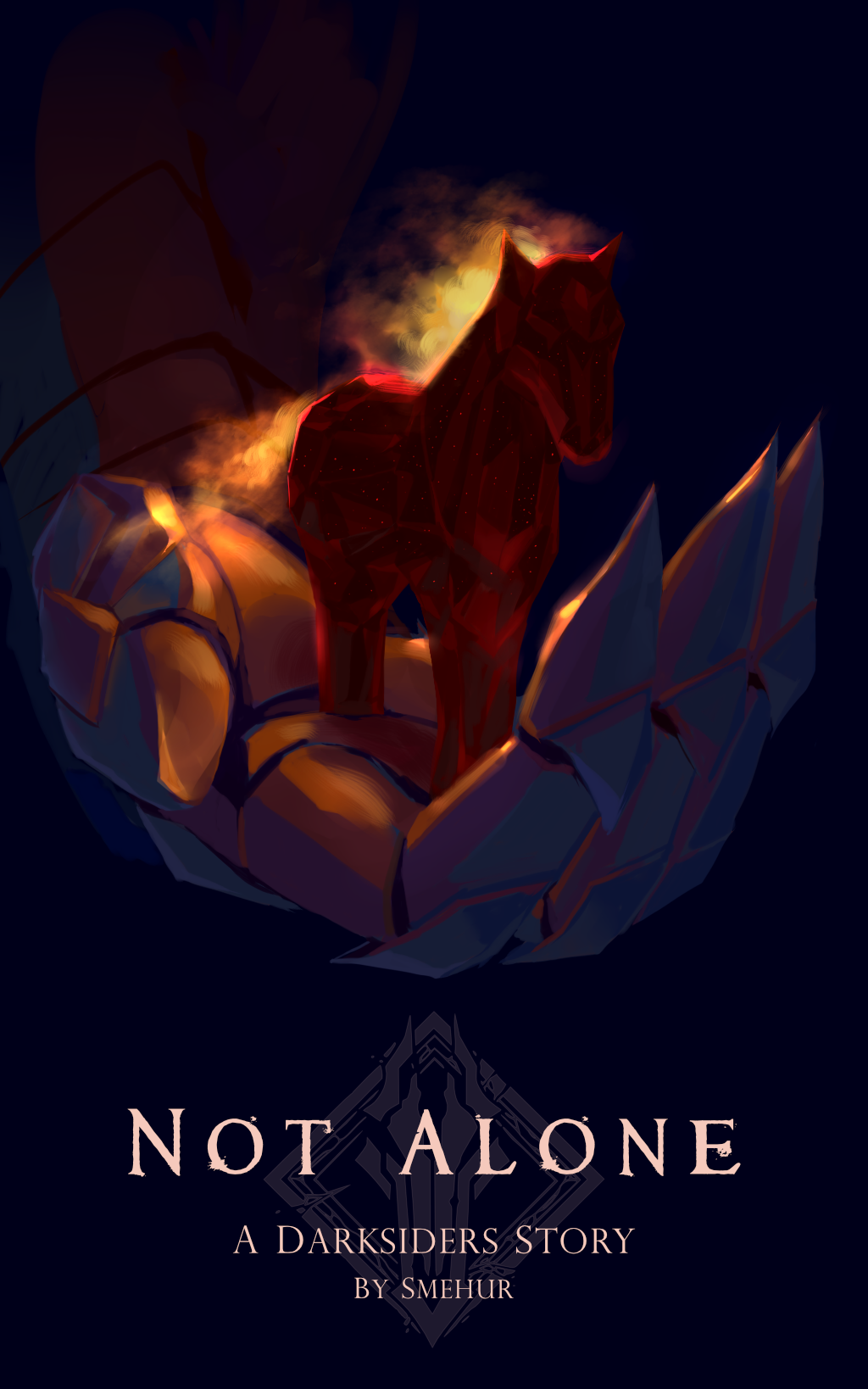 Years after the events of Genesis, two tired Horsemen finally get a chance for some well-deserved rest and a bit of escapism. Loose sequel to Not Alone. 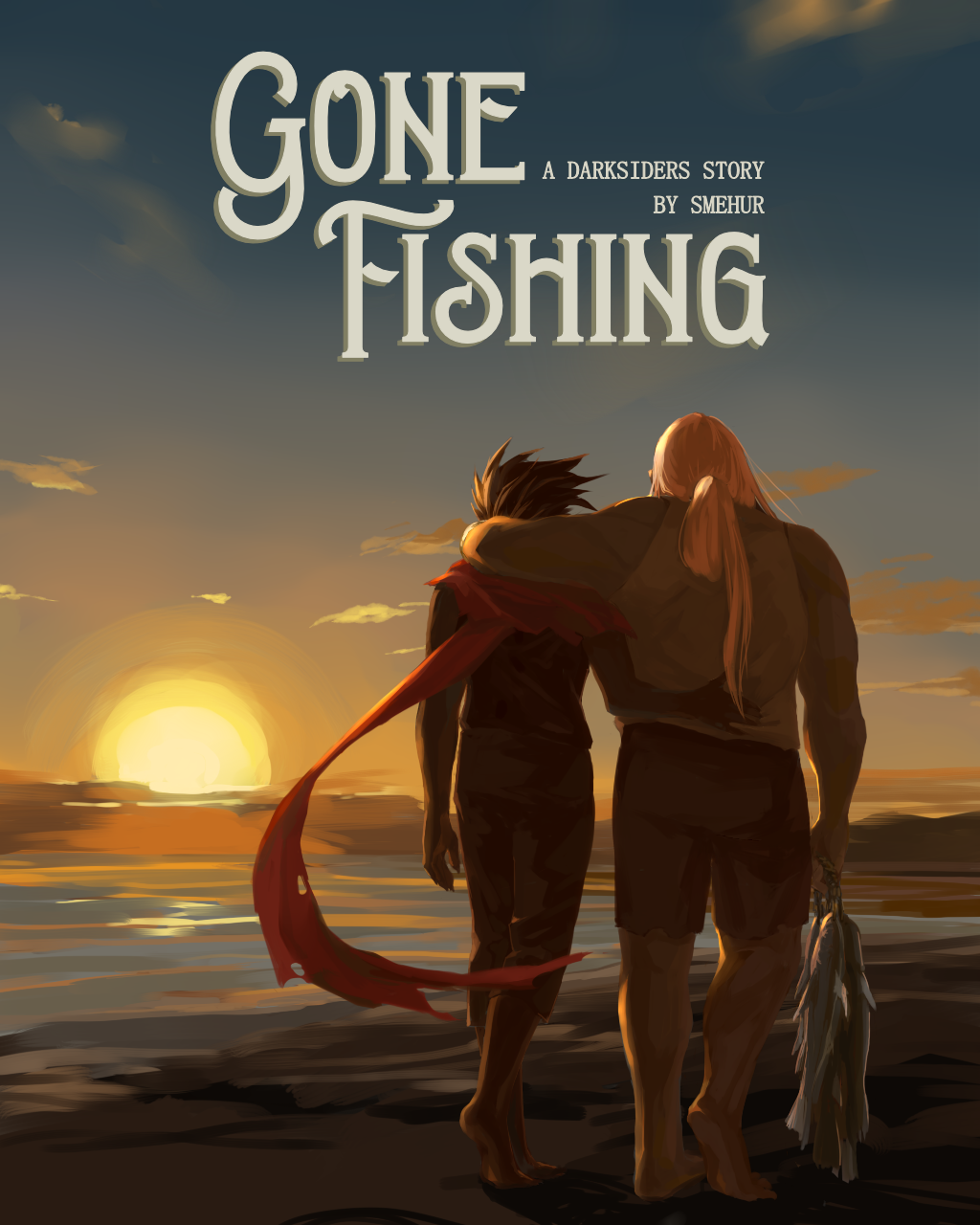 After the events of The Abomination Vault, painful revelations drive a wedge between War and Death just as their fledgling bond was starting to deepen. 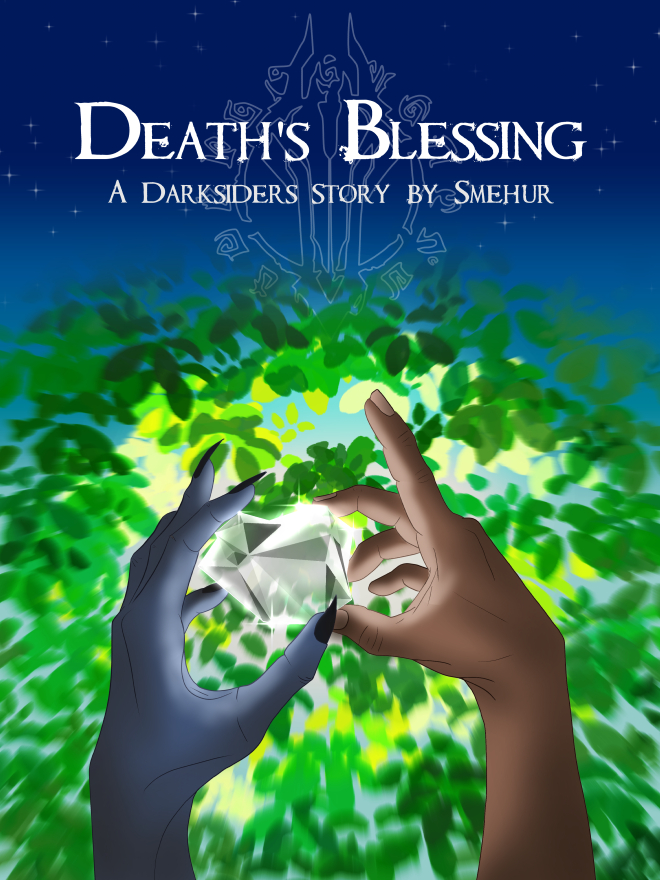 The Four Horsemen talk about the meaning behind their respective brands, some time after the Apocalypse.

Angels have their own version of the Arena. War enjoys the show but Strife is… unimpressed. A light-hearted flashfic celebrating a lovely work of art. 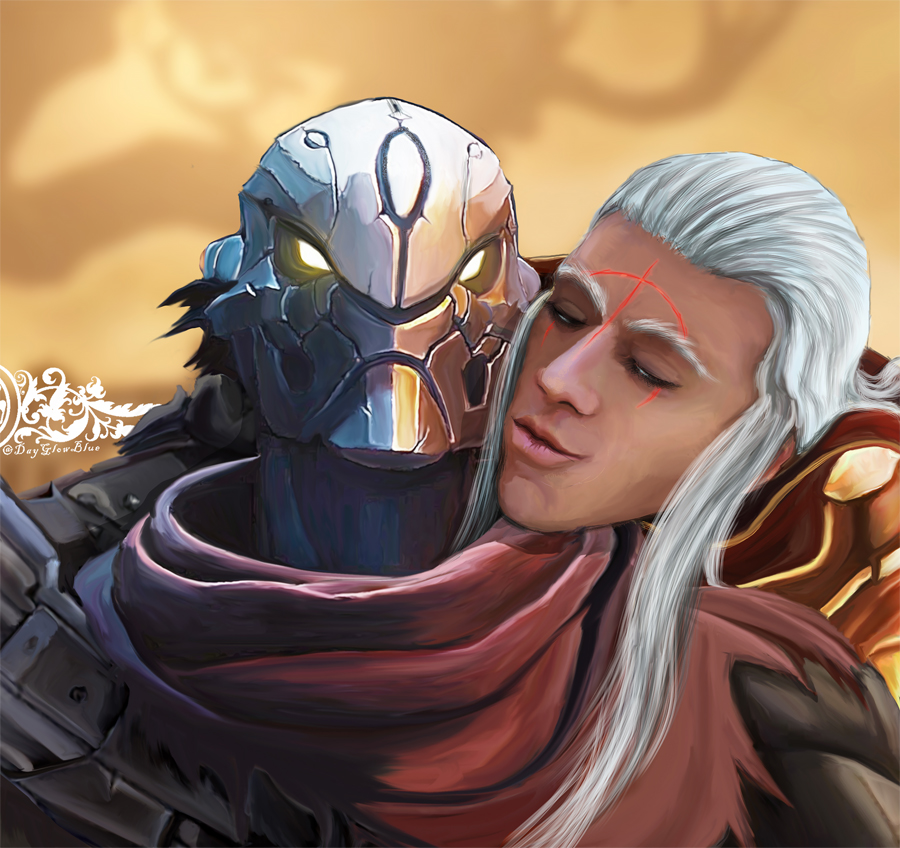 Teach me how to shoot your gun

War needs some target practice! A bit of steamy fun in an experimental style. 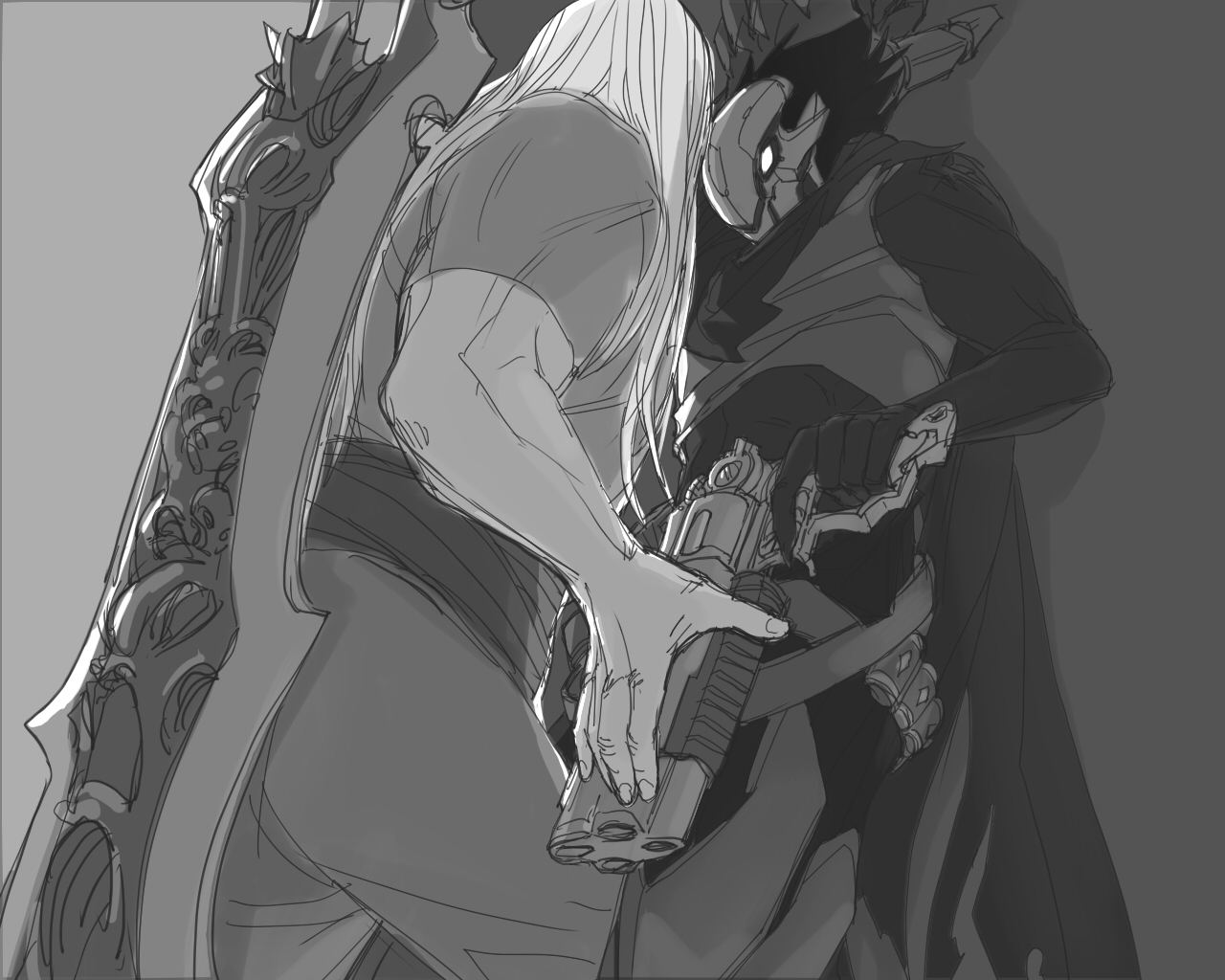 Saren and Nihlus first met when they much younger. A light-hearted tale outside the main Saren/Nihlus verse.

Young Saren reaches an important milestone in his biotics training, but at what cost?

The tale of how Saren and Nihlus first met and became friends. 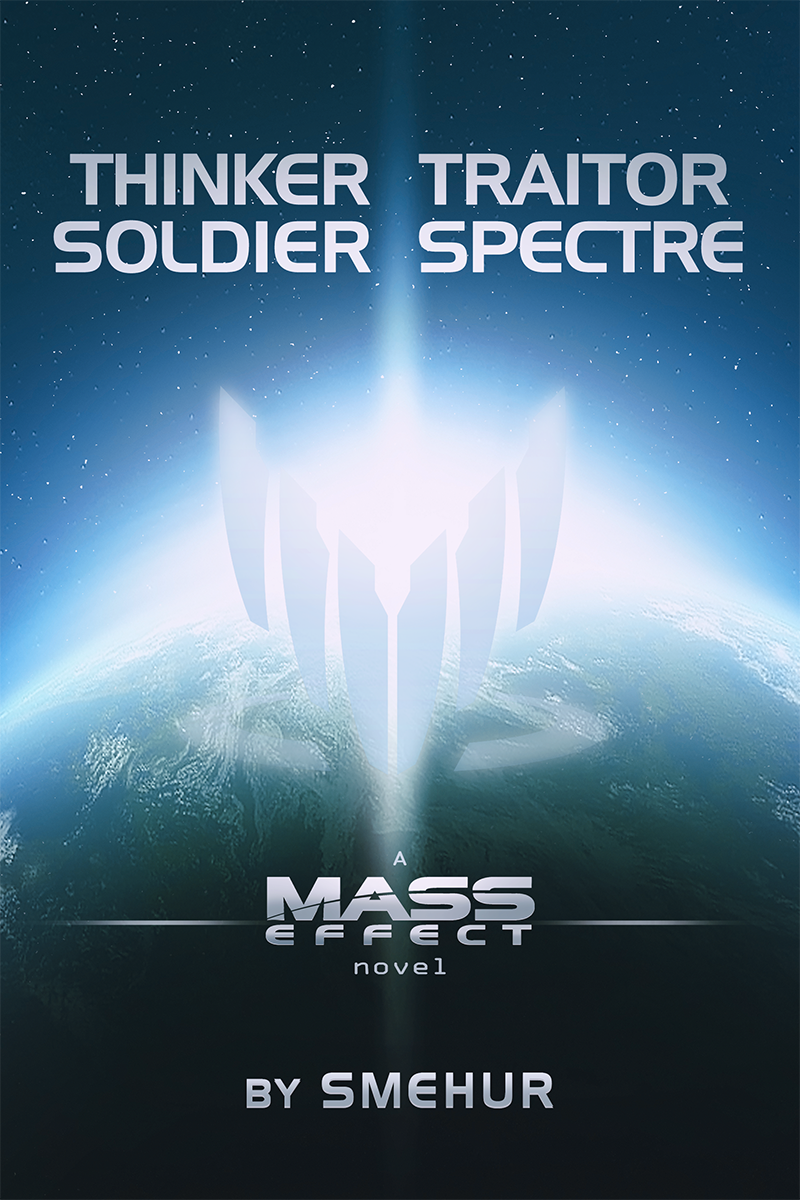 Of course Saren is perfectly capable of laughing. Only Nihlus hasn’t found the right kind of jokes yet.

Nihlus would like to know more about his secretive mentor. But asking Saren personal questions simply doesn’t cut it. When Saren set up the hidden cameras, he knew there would be things he didn’t want to see. Like Nihlus drinking on duty, or hiding drugs on the ship, or taking out dirty clothes from the washer and wearing them. But he wasn’t expecting… this.

Two very different turians living together on a claustrophobic ship for a year. Something’s gotta give.

Saren comes to terms with his feelings for Nihlus. Or does he? Set between “Unnerved and Unnerving” and “The Candidate”.

Nihlus is near the end of his training with Saren when they are sent to evaluate potential Spectre candidates. Garrus is one of them and he is determined to leave an impression despite his father’s wishes. A sharp-edged triangle forms and cuts deep. 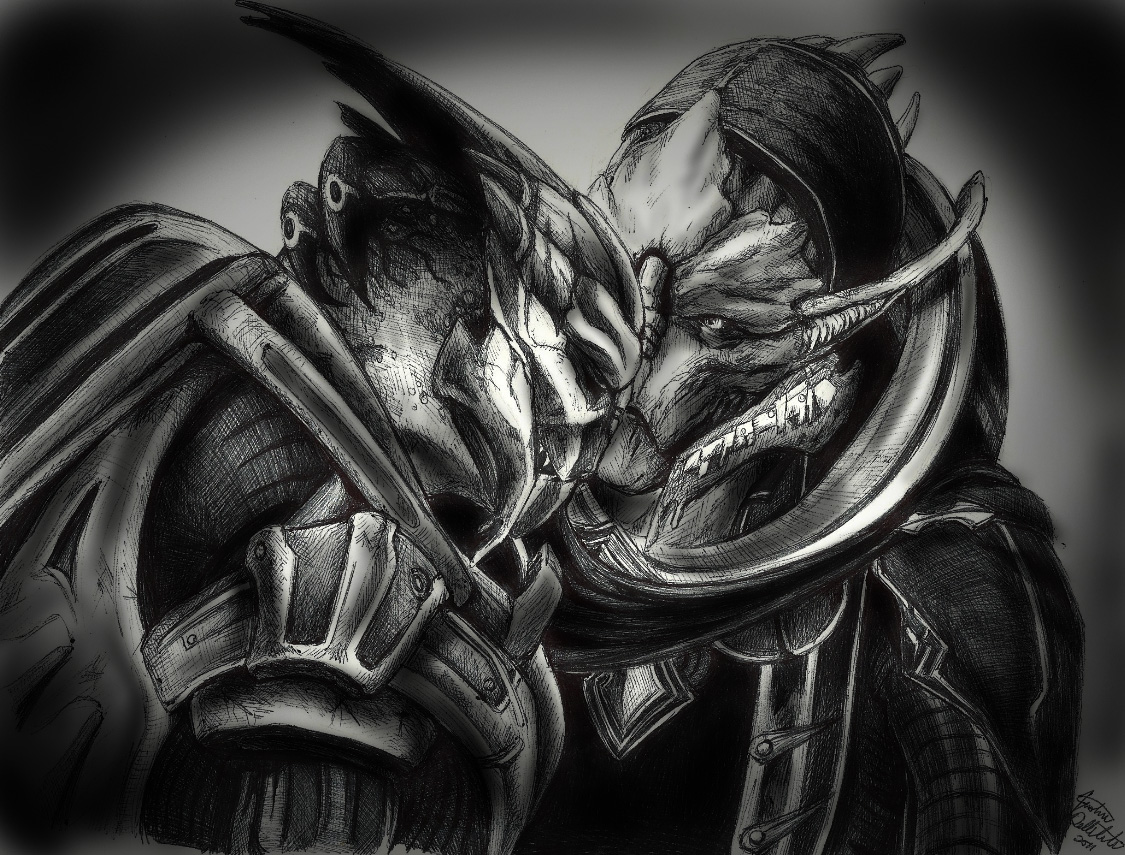 Just the thing for Saren to review during a long FTL flight.

Saren allows Nihlus to explore his jewelry box and an obscure corner of his internal world. 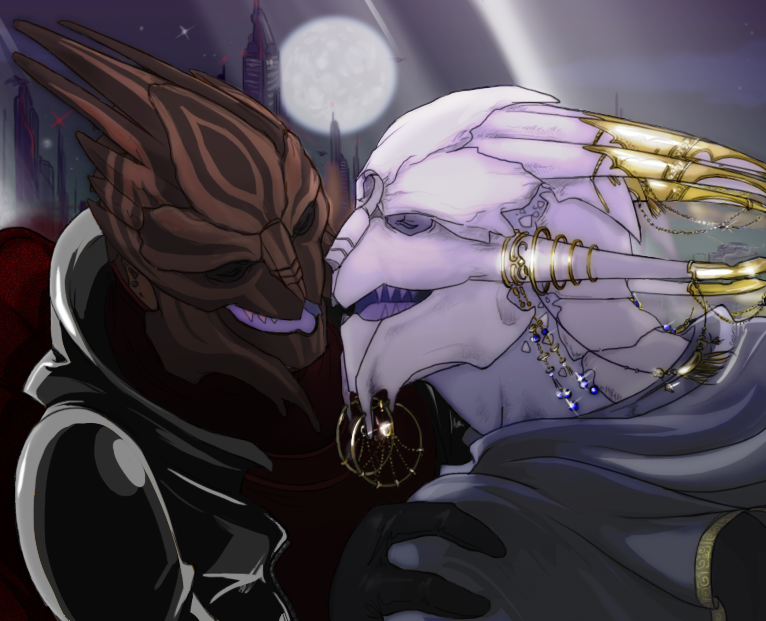 Nihlus attempts to dispel some of the common misconceptions about turians during a very personal interview for a famous human reporter. Saren comes to terms with what happened in “Color”.

Nihlus comes to terms with what happened in “Color” and “Scars”.

Saren and Nihlus meet a year after the events in “Color” and “Scars”. A homage to a beautiful painting, an enduring friendship, and a tragic love. 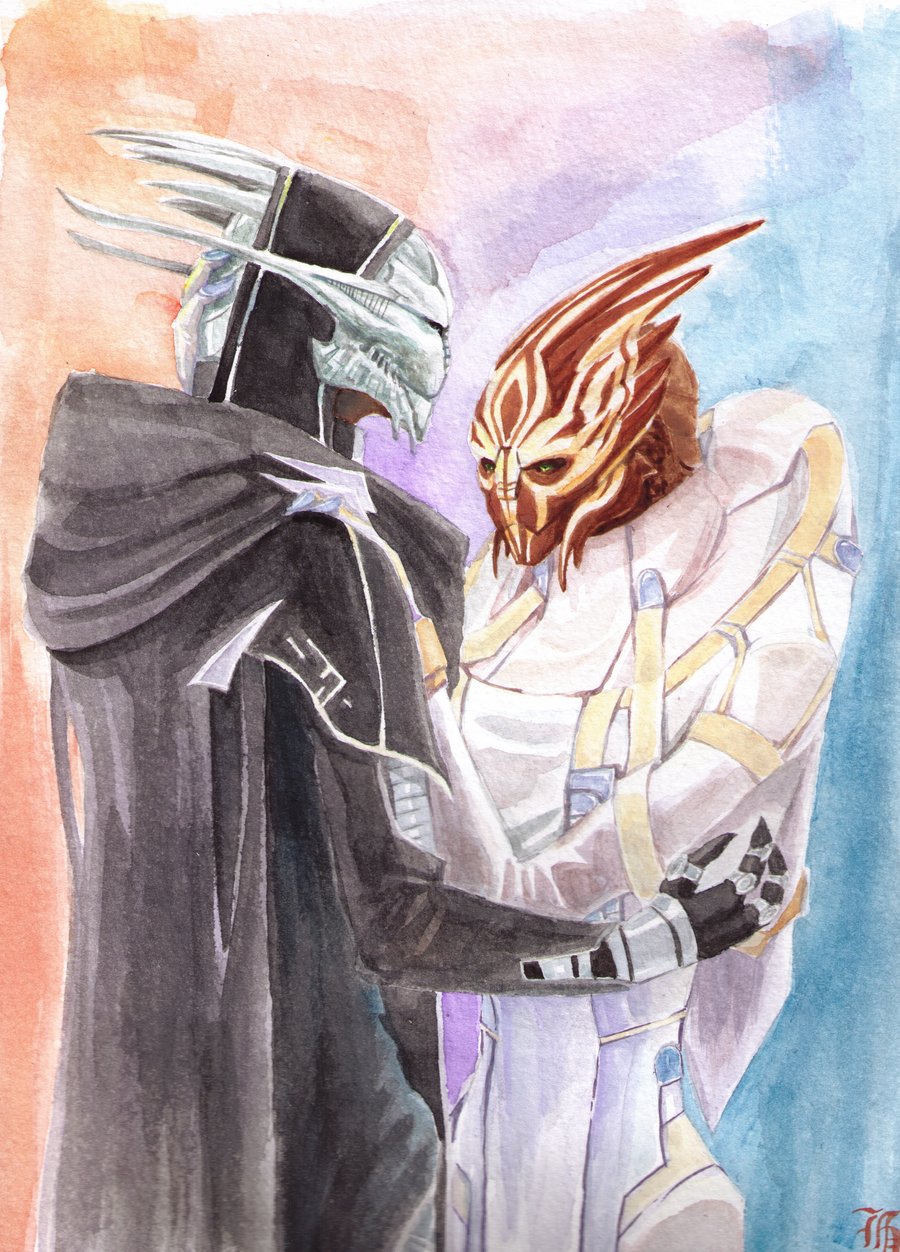 Garrus makes a disturbing discovery while sifting through data recovered from Saren’s base on Virmire.

Saren and Nihlus in pursuit of a stolen piece of art.

Saren and Nihlus have been friends and long-distance lovers for a long time, but it’s a troubled relationship, burdened with issues of commitment and trust. When a seemingly light-hearted incident triggers a fierce emotional response, passion spirals out of control.

Two years before Eden Prime, Saren enlists Nihlus’s help to get an old friend out of some serious trouble. But it’s only the tip of the iceberg. How far will he go to ensure the success and secrecy of his misguided quest?

Saren and Nihlus meet for the first time after Saren’s arm has been replaced by a geth prosthetic. Ghost in the Machine (WIP)

What if Nihlus didn’t die on Eden Prime? This is an AU retelling of Mass Effect where the fateful meeting with Saren plays out differently, changing everything. Saren and Nihlus were friends and lovers before the War… and still are, decades after it. Inspired by a beautiful work of art and dedicated to its creator. Garrus faces the reality of serving on a human ship when Shepard surprises him with an invaluable gift.

A Game of Cards

Garrus and assorted crew talk about cross-species intercourse over a game of cards.

Before sparing Sidonis, Garrus has been too bent on revenge to mourn his fallen comrades. 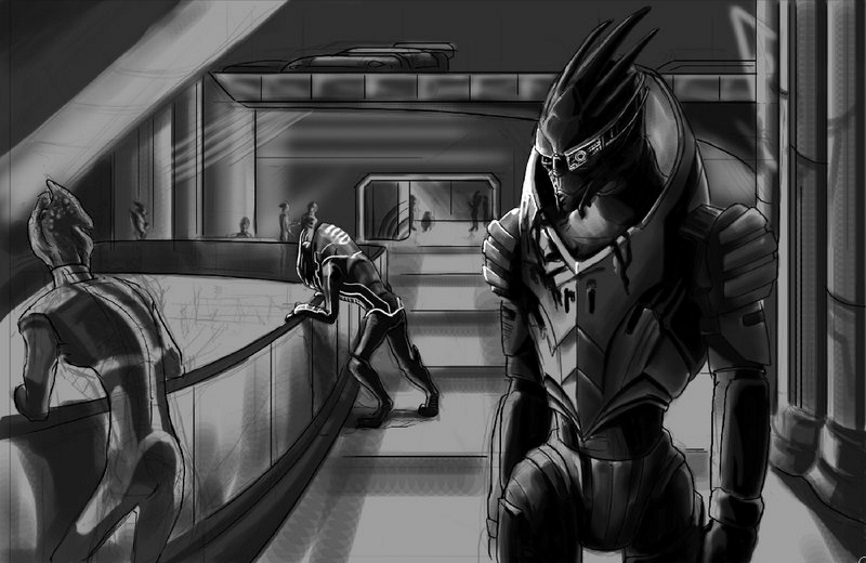 I always wanted to know what the other fire team was doing during the attack on the Collector Base at the end of Mass Effect 2. This is a nine-chapter retelling of the suicide mission, from Garrus’s point of view.

Garrus wakes up after his first night with (male) Shepard.

Desolas and little Saren await news of their dying mother.

Desolas has facial markings. Saren does not. They face the reason why.

Before heading off to Relay 314, commanding general Desolas Arterius needs to relax. His friend finds his methods a little strange.

Councillor Sparatus falls for his best agent. All according to plan.

Nihlus meets Saren for the first time after his induction to ST&R.