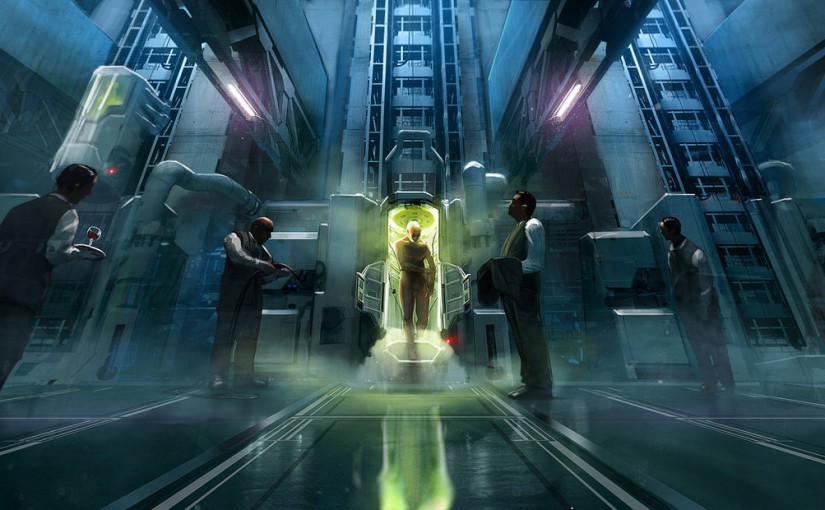 I read Altered Carbon by Richard Morgan, and liked it a lot. It’s a noir-ish SF novel set in a somewhat dystopian future where, thanks to the discovery of the relics of a technologically advanced alien civilization on Mars, humanity managed to spread over a number of distant worlds, and, more importantly, work out a technology of digital human storage which allows one’s mind and memories to be saved after the death of the body, and downloaded into another. Takeshi Kovacs is an ex spec-ops soldier who gets killed in the prologue and then ‘re-sleeved’ into a new body when hired by one of the most powerful people on Earth to solve a bizarre murder mystery. It’s through the challenges this tasks presents for him that we learn both about the setting and Tak’s not-exactly-amiable character.

What we learn is fascinating, brutal, sometimes mildly disgusting, and sometimes truly upsetting. The book is loaded with sex and violence and cynical observations of human nature, but it’s not all like that. There are moments of surprising calm and tenderness, and streaks of beauty shining through the cracks in the grim confines of a decaying futuristic megalopolis. But it’s not so much the setting, or any one particular character or scene that I found as impressive as 1) the virtuous writing, and 2) the flawless logic.

On the micro level, by which I mean words, sentence and paragraph structure, descriptions and execution of dialog, Altered Carbon is just delicious. The author paints the atmosphere, actors and scenography in expert strokes that deliver clear, memorable imagery, audible nuances, tangible sensation. It’s not always pleasant. There’s a rather graphic scene of torture, for example, where I almost wished the author wasn’t that skilled in conveying or exciting certain feelings, and I had similar thoughts during one of the sex scenes. Mind you, this is one hell of a compliment, all the more because I couldn’t tell how the strings were pulled even when I could see them being pulled. Excellent writing by anyone’s standard.

On the macro level, by which I mean the development of the plot, the pacing, and also the interdependence of plot elements and the setting, Altered Carbon is surely one of the best books of this type to have been in my hands. Admittedly, I don’t read a lot of mystery novels, but almost every encounter with this genre that I can recall has left me unsatisfied with either the wide frame (what actually happened) or the execution (how it’s revealed what actually happened). In Altered Carbon, every piece of the puzzle fits in smoothly and naturally, and at each phase of the tale, you have a relatively coherent, if incomplete picture of what’s going on, and a plan of action that makes sense. It’s been equally fun to try to predict developments and find surprises and confirmations. It’s intelligent and imaginative, but first and foremost, it’s rock-solid.

Between the micro and the macro are the individual scenes, characters, conversations, action and sex sequences. Some of the latter two seemed over the top; superfluous, gratuitous. But not to the point where I’d be seriously bothered. I understand the book received some criticism on account of shallow relationships and unnecessary brutality, but I also understand these things are something of a trademark of the noir genre. As far as I’m concerned, the wealth of well-placed details and the slow, but confident unveiling of the mystery kept me interested and immersed throughout. It’s been an exciting, satisfying experience, and I’m looking forward to reading the other two novels from the series.