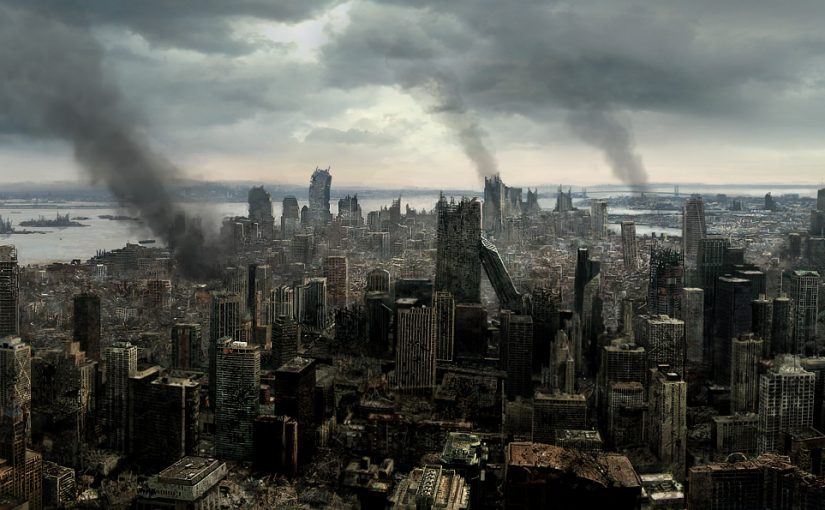 Of the three books by Tim Powers I’ve read so far (the other two were The Drawing of the Dark and The Stress of Her Regard), I liked this one the best. It takes a while to get started, and it took me a while to finish it (about a month of semi-regular daily reading), but it’s a solid story, with no outstanding thematic problems, depicting a fairly believable dystopian future where alcohol is the main currency, cities have turned to warring states, and ancient shells of rusted cars are hauled by horses as a status symbol.

The main character, Gregorio Rivas, is the same character I remember from The Drawing of the Dark: a disillusioned, cynical alcoholic who used to be competent at solving people’s problems but can no longer be bothered with it — until he’s forced to, by growingly grim circumstances. While Rivas has a personal interest in the plot and experiences personal growth, the execution of this aspect is a bit heavy-handed. We’re told on numerous occasions that his adventures have changed him and what a different guy he is now, but it’s not organic and doesn’t reflect in the tone of his voice. But this didn’t bother me too much, because the story itself is interesting enough regardless of the subtleties (or the lack thereof) of Rivas’s antihero journey.

The story revolves around saving the woman he used to love as a young man from the clutches of a creepy religious cult that brainwashes its followers into mindless drones. In the beginning it’s unclear if this is done through severe psychological manipulation, aided perhaps by drugs or some other, insidious but ultimately ‘realistic’ terms, or if there’s some actual divine agency at work. As in many other books I enjoyed, the interval of precarious balance where the story might — or might not — turn out to be fantastic, was the highlight of Dinner at Deviant’s Palace for me.

When this interval inevitably ends, the truth is revealed in one big chunk, and after that there’s only action and no more mystery. This could’ve been done better, I feel; less abruptly. But it’s not bad as it is either. The finale is procedural, but still exciting.

Among the many delightful constructs of imagination to be had here, I was the most enamored with the hemogoblin, especially after reading this passage that had left me laughing for solid five minutes:

A lot of its substance had been lost in the canal–it had been set back days. It had expected resistance, certainly, some obstinacy on Rivas’s part, but had not expected treachery–for he had taken two steps toward it, obviously intending to cooperate, before suddenly backing away and making that remark about go such a fish–nor had it expected sudden senseless violence.

It bobbed again to the surface and noticed that the sun had set. It rolled its milkz eyes toward the house and bared its teeth in a smile. He was back! He must have returned while it had been brooding on the canal bottom. With a lot less effort than would have been required yesterday, the thing kicked its diminished body up into the air, glancing sadly back down at the canal. So much hard-won blood wasted, just spilled into the water! And so much of the thing’s substance–intelligence, even, it admitted–gone with it. Well, it promised itself as it drifted back down, I’ll catch up with him again, and this time it won’t be seduction. It’ll be rape.