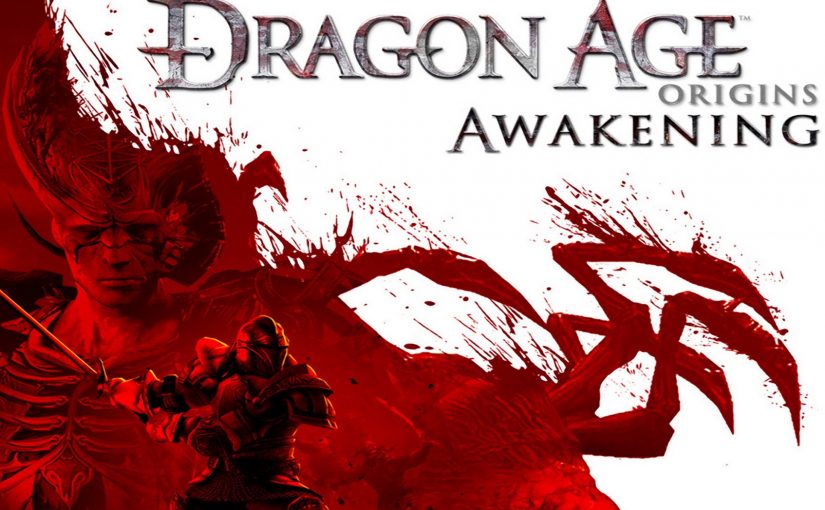 Among the extensions, the only fully fledged expansion is Awakening, bringing fifteen or so hours of fresh gameplay for seasoned, high-level characters, a number of new skills, talents and character specializations, and a wealth of new items. The story is set right after the end of DAO, and you may play your character from the main DAO campaign, or create a new one. In the former case, all the choices you made in the main campaign will be properly acknowledged and referenced, except the various endings, of which only one has made it into the official canon. A somewhat costly option to “respecialize” one or more members of your party allows you to redistribute their learning points, changing their attributes and abilities within the loose restrictions of their class (mage, warrior or rogue).

Awakening plays the role of an extended epilogue to the main campaign and features several characters who you encountered in DAO, one of who you may recruit into your party. The story is about cleaning the remnants of the Darkspawn army which scattered in disarray after the Blight was ended, but quite the way they were expected to. The plot is tightly connected to the theme and characters of “The Calling”, a novel by D. Gaider (the lead writer of both DAO and Awakening), set many years before the Blight and detailing how it has come to start, so the players who have read the novel are rewarded with a deeper understanding of events and their ramifications.

It was perhaps unrealistic to expect from the expansion the same high quality of storytelling and characterization the main game had, given its prohibitively short duration. Little of the atmosphere pregnant with desperation and built on high emotional stakes made into Awakening, which ultimately failed to produce any significant response in me. It’s not a critique aimed at the writing, which every fan will find familiar – it’s a critique of the amount of content compressed into too short a game. I literally didn’t have enough time to get to know all the party members, and unlocked the personal quests for only three out of six. The accelerated approval system, allowing you to harness excessive amounts of sympathy through conversations and favors of marginal importance throws a sad shadow on the impressive companion management system of DAO. In these two aspects, story and characters, I judge that Awakening bit off more than it could chew, attempting to compress ideas and concepts worth the many hours of gameplay DAO had into a space of a few hours you are expected to devote to non-combat activities.

The combat-related activities are, however, much improved over what the main campaign had to offer. Obviously the core systems have not changed, but the many new talents you can assign to your high-level character and companions are interesting and fun to observe in action. I’m tempted to say the fights were too easy. When I first played DAO, I played with the “Normal” difficulty setting, the second time with “Hard”; Awakening I played with the “Nightmare” setting and I don’t think I had to reload the game because I was defeated in combat a single time. That’s not to say there were no challenging encounters; each area has one or two boss fights which are really fun to play and usually result in valuable rewards.

Another aspect in which Awakening overshadows DAO is level design. The maps are varied in size, shape and mood, and almost every area has something fresh and new in it, something to remember. When I played DAO there were only so many moments when I looked around an area and said: “Wow!” In Awakening, I did it several times. Bonus points for lessons well learned, there are no oversized, boring, linear dungeons filled with fodder, the visits to the Deep Roads are short and fun, as is the obligatory Fade sequence.

Plot-related quests are well directed and form a firm, if not an awe-inspiring storyline, which doesn’t leave you much time to weigh your choices, and the repercussions are often correlated with later developments. In this aspect, Awakening is a worthy expansion of DAO, although the lack of a strong cast of characters stripped the main arc of the feeling of significance. There’s a number of filler quests which can earn you money and experience but are hardly worth mentioning, except for an annoying new design trick that hides a multitude of practically invisible objects around a large map so that you need to pixel-hunt them for a minor prize.

Unfortunately, the ending underlined and amplified all the flaws that emanate from the overall shortness. It was utterly unsatisfying and disappointing. Like in the main campaign, it’s not a simple go-there-kill-that type of a quest, it’s a series of events in which you get to make some important decisions after which you end up facing the final boss. And that final fight is what I’m disappointed about; there was no new interesting mechanic to learn, no new fierce enemies to meet for the first time, nothing very special to behold either. In addition, the music in the final map was unbearable, a pain to listen and an urge to clear the area as soon as possible. The final blow came after all that, as the ending wasn’t even graced with a cutscene or at least some triumphant music; instead, as soon as the boss falls, you are treated to an overly long series of slides detailing the destinies of both main and entirely marginal characters alike, all with the dungeon-music still playing in background to remind you that your avatar is just an electronic ghost that will indeed remain in there forever because it’s all just a game.

Still, I am overall satisfied with the expansion and do not regret the purchase. If it failed to leave an impression as strong or as positive as the main campaign, it is, after all, what I expected and what any fan should expect. It’s an entertaining game, bringing new insights into the lore of the setting, opening doors for new developments and providing a definite sense of closure.