In the year 2148, explorers on Mars discovered the remains of an ancient spacefaring civilization. In the decades that followed, these mysterious artifacts revealed startling new technologies, enabling travel to the furthest stars. The basis for this incredible technology was a force that controlled the very fabric of space and time.

They called it the greatest discovery in human history.

The civilizations of the galaxy call it… MASS EFFECT. 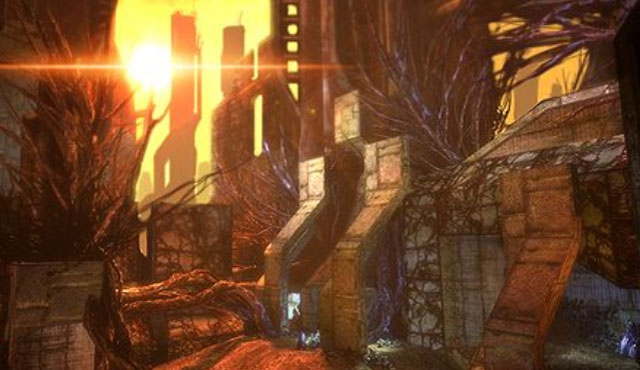 The aliens whose relics were found on Mars are called the Protheans. They have gone missing many thousands of years ago, leaving the galaxy riddled with ruins, artifacts and devices, and the mystery of their disappearance is slowly solved in the background of the games.

The magic-like technology of mass effect is the key ingredient of the entire setting. It is based on the discovery of a substance called Element Zero (or ‘eezo’), which, when subjected to electrical current, can modify the mass of objects in an area of space that is then referred to as a mass effect field. From the ingame encyclopedia, called the Codex:

The military makes extensive use of mobility enhancing technologies, with mass effect utilizing fighting vehicles standard front-line issue in most military forces. Mass effect fields are also essential in the creation of kinetic barriers or shields to protect against enemy fire. 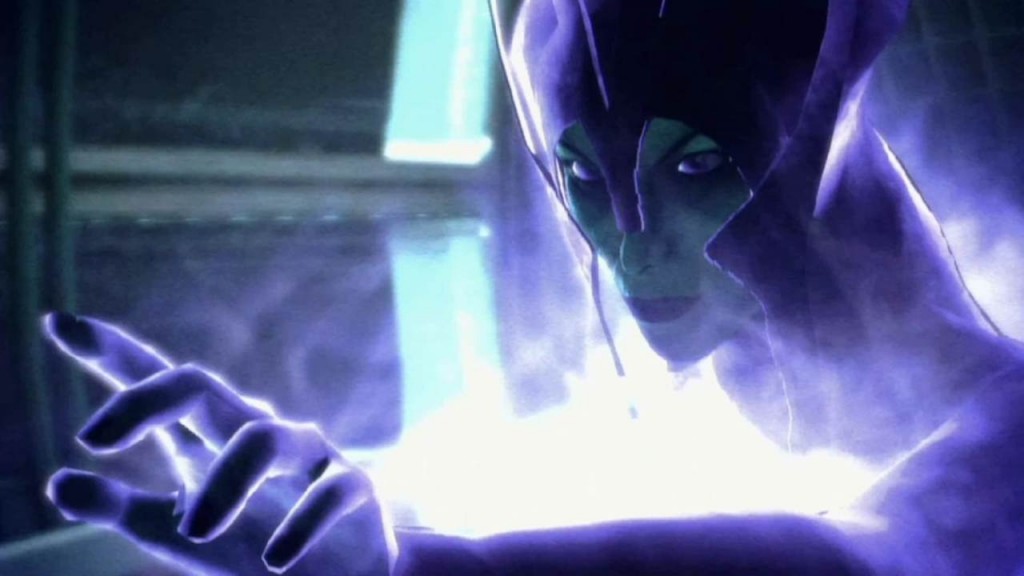 Mass effect fields can also be created by some life-forms: the so-called biotics. They can use their power to manipulate objects without touching them, create protective barriers and immobilize or kill their opponents in combat.

The Civilizations of the Galaxy

Even though the Prothean legacy on Mars made it clear that humans were not the only life-forms in the universe, a decade passed between this discovery and the first contact with the actual aliens. And the contact swiftly turned into conflict.

Turians were the first space-faring alien civilization the humans encountered. Appearances notwithstanding, turians aren’t so different from humans, not even in the level of technological development, which is why the human fleets were able to repel their first attacks, defending a budding colony on a planet called Shanxi, which turians considered a part of their territory. The conflict, which humans proudly labeled The First Contact War (while the turians only remember it as ‘Relay 314 Incident’), ended with a diplomatic solution, after the other civilizations of the galaxy decided to intervene.

It turned out that there are many space-faring alien civilizations, grouped loosely around a political body called the Citadel Council. 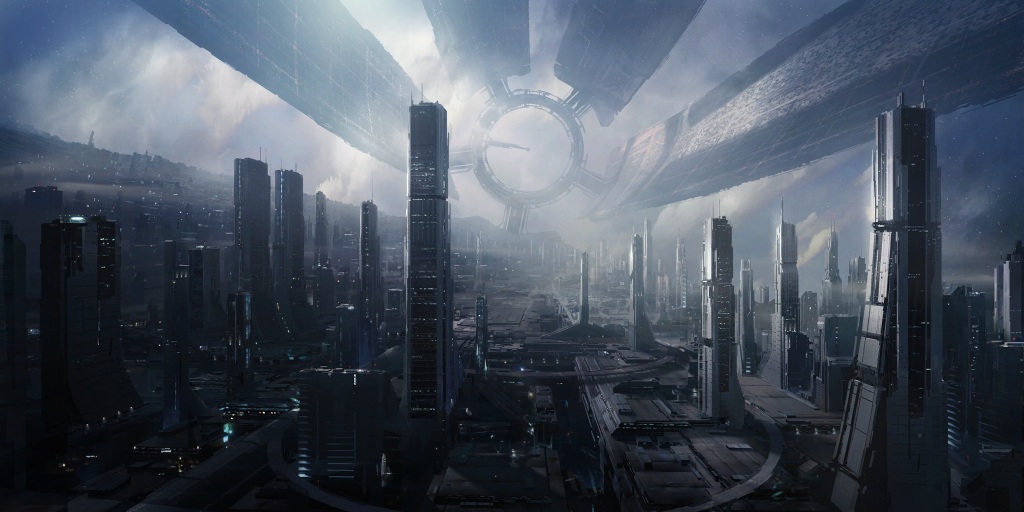 The Citadel is an enormous space station seated in the Serpent Nebula, that acts as the center of the galactic government. It is a part of the Prothean legacy: the contemporary civilizations have only a superficial understanding of its structure and operation. The Citadel supports a city-sized population of many different species in the Wards, and a huge diplomatic apparatus housed in the Presidium.

The function of the The Citadel isn’t just housing: it also has an enormous strategic importance because it is located in the nexus of the mass-relay network. 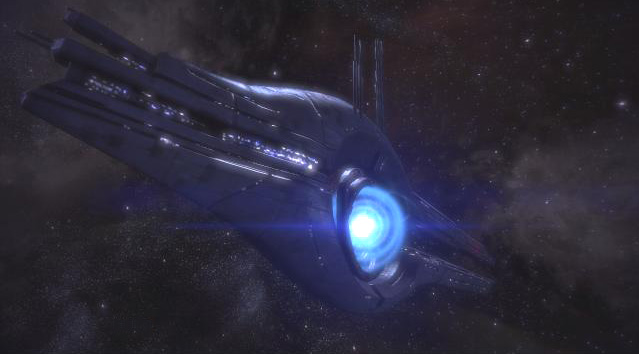 Mass relays, the enormous devices found in nearly all planetary systems capable of sustaining life, are yet another item from Prothean legacy. A pair of mass relays enables instantaneous travel from one to the other, no matter how far apart they are set. While interstellar travel in space-ships is possible thanks to the mass effect engines that utilize eezo, it still takes a long time, and a lot of fuel to traverse large distances. Typically, relying on ME drive alone, a star-ship can travel between neighboring stars; but to travel from one end of the galaxy to another, it is necessary to pass through the mass relays.

Not all of the galaxy is controlled by the Citadel Council. Their territory is called Council Space, and it borders a much less organized, lawless region called the Terminus Systems (often just ‘Terminus’) through a sort of no-man’s land called the Attican Traverse (often just ‘Traverse’). While the Council Space isn’t exactly waging war against the Terminus, there is constant tension between the borderlands, and something of a competition at colonizing the Traverse.

At the time of ME 1, the three constitutive races of the Citadel Council are asari, salarians and turians.