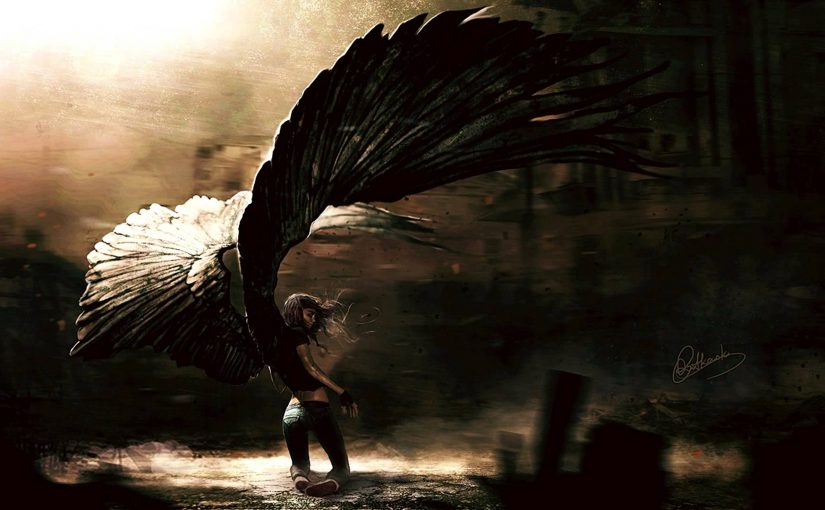 This time around, the decision to do NaNoWriMo again came out of the blue. Other than a rather vague idea for a story and the nagging feeling that I should get back to writing, I had nothing in the last week of October, when I remembered that November was a Novel Writing Month. It took me all of that week to come up with a slim outline which doesn’t cover even a half of the plot (read: I’ve no clue how the story will progress beyond that point) and imagery for a couple important scenes. You’re thinking that doesn’t bode well? So did I! But lo, 10 days and 15,000 words into it, I’m making steady progress, I’ve no trouble allocating the time or meeting the daily goals, and my writing, although very rusty indeed, isn’t half as crappy as I expected it to be after five years of break.

Like in the last NaNo I attempted, I’m writing an original thing – as in, not fanfiction. Like in the first and only NaNo I won, I don’t feel particularly pressured to make it the best thing ever. My goal is to write every day, to meet the word count requirements, and to end the story in time. If it turns out to be a decent story, I’ll try to revise it and maybe even self-publish it later. But even if all I get from this is a daily writing habit, it’ll be a victory and a November worth remembering.

What I’ve written so far feels more like a hugely extended outline than a complete, fleshed-out story. I glance over scenery, I’ve no idea what any of my characters look like apart from a small collection of random mannerisms, I have a viewpoint character I know almost nothing about, and a couple of non-viewpoint characters I actually know quite well but that won’t figure significantly till later in the story; I have pages of dialog that are more like a transcript, with only token descriptions, events that need to have happened but that I forgot (or didn’t know how) to plug in, and scenes cut short with a To Be Continued comment because I haven’t decided yet how some characters feel about some things. In short, it’s a mess, and if it does graduate into a complete draft, it will take quite a lot of post-processing. I’m not particularly looking forward to another Ghost in the Machine (where I started with a 65 k draft and ended with a 100 k unfinished revision more than a year later), but on the other hand, this one may actually be publishable, so there’s that.

It’s tentatively titled “Under Her Wing”. The summary I posted on NaNo site (viewable only by my two writing buddies) is somewhat outdated already, but it was so difficult to put it together that I doubt I’ll want to touch it before the story is finished (and possibly revised too). Here it is:

I also made this NaNo calendar desktop background: 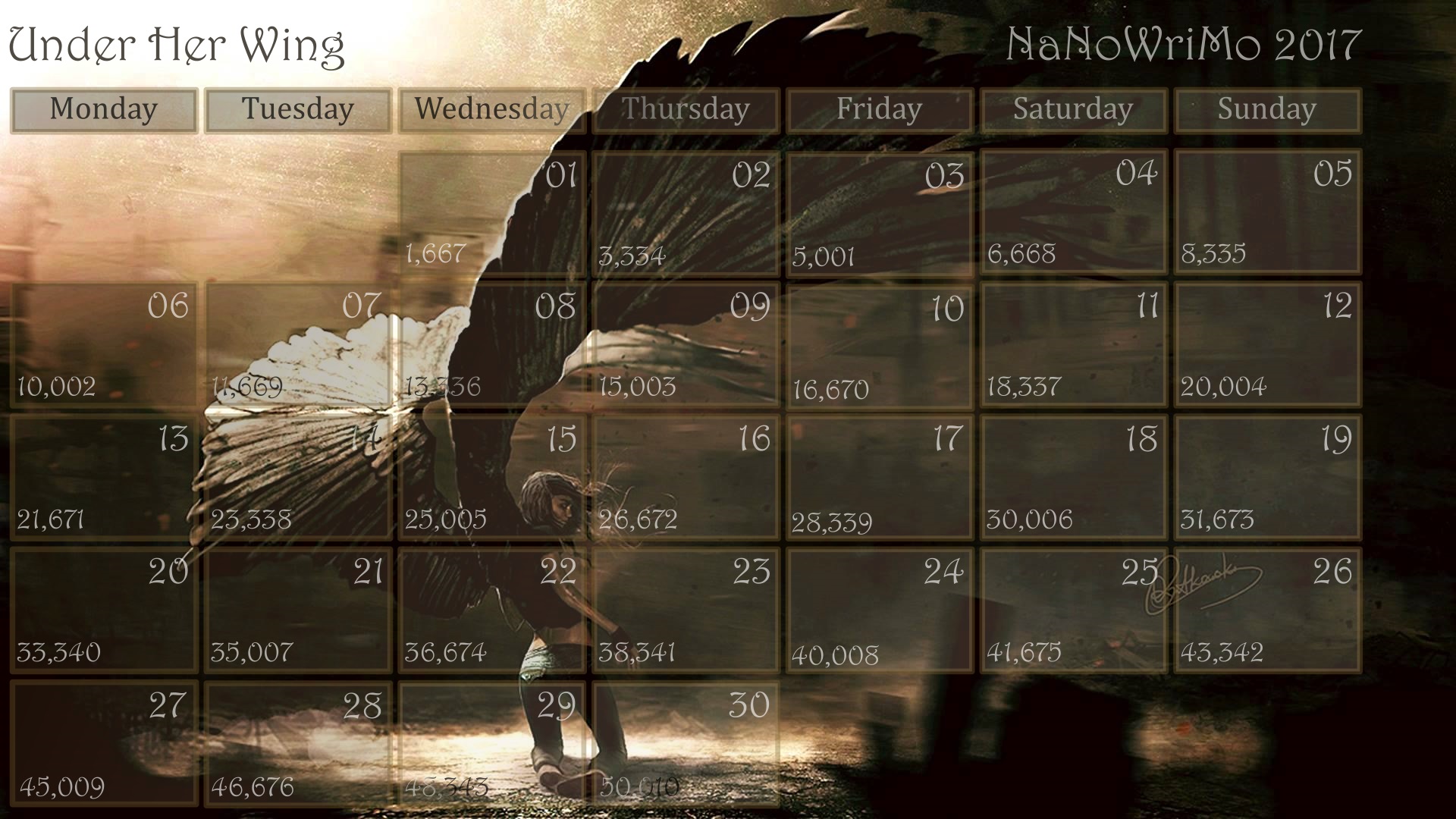