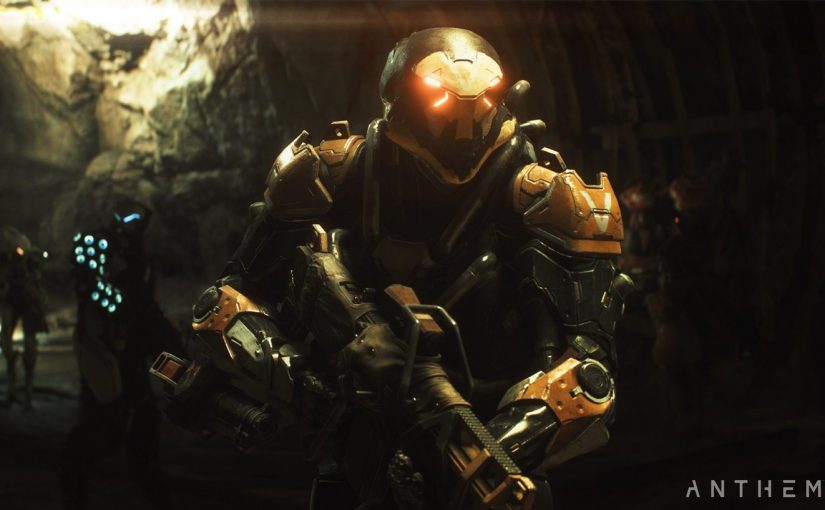 I wanted to write about the ME MP Challenges and Halls of Fame this week, but I won’t have time, so here’s a short follow-up on my experience with Anthem instead.

Playing solo, on easy difficulty, I finished the main story in about 30 hours (two weeks real-time), at pilot level 16. I did every mission that was available for the three factions, but I only spent as much time in freeplay as was required to do the tomb-opening challenges, and I only played the Tyrant Mine stronghold once, with random teammates. I talked to everyone in Fort Tarsis and did not sprint through it, but I didn’t dally around either. All in all, as a single-player game, Anthem has about the same amount of content as, say, Mass Effect 3.

In company of three other players, all the missions would have taken proportionally less time; and if freeplay and Fort Tarsis made for a third of my game time, I would have finished the game in less than 20 hours; perhaps as few as 15.

It’s hard to understand why Anthem was made to push people toward coop so insistently, when 1) the main story is perfectly playable as a standard single-player campaign, and 2) that same coop was not made to accommodate the narrative. From other reviews, I learned that, not only will the game rudely teleport you if you stray behind the group, interrupting any running dialog — it will also drop you in the middle of ongoing missions, skipping entire sections of exposition. Fortunately, I didn’t encounter this “mechanic” while playing the demo; otherwise I doubt I’d consider purchasing the game.

Without the “are you sure you want to play this game in a way it wasn’t intended to be played” warning when starting a mission in private, more people might have tried to play on their own and would have had a far better experience. While I’m sad to see that this game I fell in love with is not being received well by the wider audience, I don’t think it’s unfair, and it could have been avoided with minimal concessions. I can’t blame players for choosing to play the game the way it claims it was designed to be played — and as such it probably deserves the bad reviews it’s getting.

The main story ends with a sizable hint for the direction the future narrative will expand in, and leaves you with a new wave of faction missions, two new strongholds, repeatable contracts and a new line of “Legendary Challenges”. I haven’t tried any of those new things yet; I’ve just started figuring out my third javelin and haven’t yet unlocked my fourth. Even though I’ll surely continue playing until I reach the pilot level cap at least, I still can’t say if Anthem has what it takes to keep me playing regularly the way I played Mass Effect 3 multiplayer long after finishing and mostly forgetting the campaign. I hope it does. I still love it to bits.