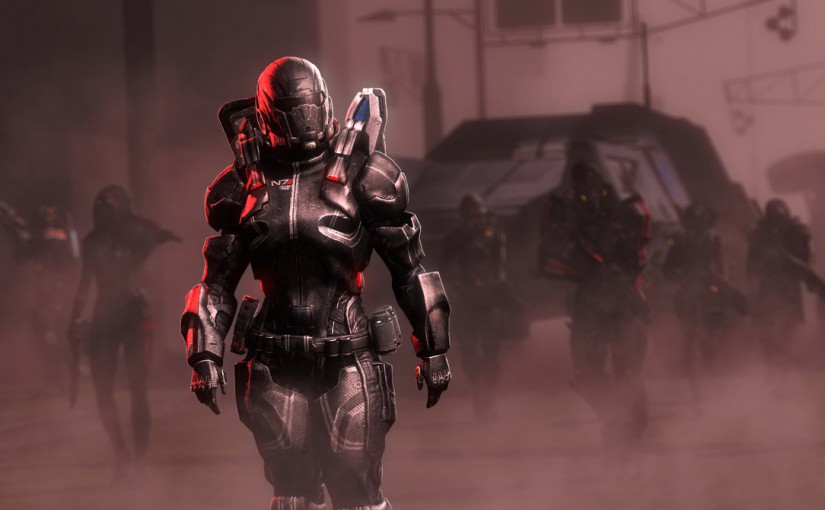 I have been a part of the Mass Effect fan community for a long time. But while my fanfiction writing is in evidence everywhere on this site, I’ve not written much about my involvement with Multiplayer Challenges and Halls of Fame, although I’ve been working on development and maintenance of that project regularly since the summer of 2016, when Bioware shut down their official forums. This is because what I have to say on the subject is largely technical and thus of dubious interest to the hypothetical readers of this blog; and writing about technical things requires more premeditation, structure and overall effort than my usual ramblings. I’m finally taking the plunge now because I plan to make all the data collected by the project publicly available some time in the next few months. The series of articles starting with this post will detail the project, the material and the process of wrangling it into shape, both as a manual for potential contributors and as homage to a long-lasting, fun and challenging hobby that taught me a great deal.

The Project, as I’ll call it for convenience, is currently hosted at Prestacious’ Challenges, a site owned by and named after Prestacious, the founder of Themed Challenges and Halls of Fame. He authored most of the challenges and painstakingly maintained the halls of fame on Bioware official forums (which I’ll refer to as BSN Prime hereafter). The site was created as a way to perpetuate the Project after the shut-down of BSN Prime. I made a commitment to help populate it with the (staggering amounts of) gathered data and help maintain it once it was complete. To quote Rhana Thanoptis, the neuroscientist leading indoctrination research in Saren’s base on Virmire in Mass Effect 1, the position turned out to be a bit more permanent than I expected.

Other than Themed Challenges and Halls of Fame, Prestacious’ Challenges also hosts some other refugees from BSN Prime, and lately a new tenant too. These are: the Platinum Solos Hall of Fame, the Gold Solo Speedruns Hall of Fame (both pertaining to Mass Effect 3 Multiplayer, hereafter ME3MP) and the MEA Solos Hall of Fame (for Mass Effect Andromeda Mulitplayer). The Gold Speedruns are maintained by TheTechnoTurian and I won’t be talking about them here. I will also not be talking about the MEA Solos, because they seem to be a stillborn, and technically, they’re no different from the Platinum Solos.

So, when I talk about the Project, I mean the following:

Each of these topics will be the subject of a separate post (perhaps more than one) and I’ll update the list with links as I go. To avoid keeping you in suspense for weeks, I’ll briefly explain the meaning of terms and give you a preview of the kind and volume of data in question.

PHoF is an archive of solo ME3MP runs on Platinum difficulty. ME3MP was designed and balanced for teams of four players, so trio (three players), duo (two players) and solo (one player) games are progressively harder on any difficulty; and Platinum is the highest difficulty. In a way, the PHoF is the archive of extraordinary deeds of some of the most skilled ME3MP players.

As of this writing, the PHoF contains about 4100 entries, each detailing the date and duration of the game, the map, the enemy, the kit and weapons used, and a link to a screenshot or a video proving the deed. The earliest entries date back to the introduction of the Platinum difficulty to ME3MP (summer of 2012), and nearly seven years into the life of this fine old game, we still get new submissions daily.

As for the TCHoF, I’ve written elsewhere that —

If there’s something harder than doing a platinum solo, it’s doing it for a themed challenge, since these, as a rule, aim to make the game harder by imposing additional constraints. In that sense, TCHoF is also a record of astonishing achievements.

There are around 450 different challenges (including alternatives) in about 20 challenge series, and around 7400 archived challenge runs. Each series has its own hall of fame with several leaderboards, computed using about 200 queries.

Currently, all the data and queries for both PHoF and TCHoF are stored as Excel spreadsheets. The search forms and the match statistics are created with PowerBI.

At one point (two years ago almost to the day) I planned (and attempted) to import all this data into a relational database and create an ASP.Net website for it, written with Entity Framework in C#. But this proved too ambitious an endeavor for my limited free time, given my limited knowledge of both databases and web-programming. I still believe it highly doable, and I’ve since learned how to solve some problems that plagued me then, but nowadays I have even less free time, so it remains a nice idea to perhaps be taken on by someone else when the data goes public.

Apart from me, there are two active contributors maintaining the data files and the corresponding areas of the site: ex-Clusum, who looks after the TCHoF, and DocSteely, who looks after the PHoF. Many others have contributed to the Project in the past: INVADERONE , the founder of the PHoF, and loufi, who kept it going for years on BSN Prime; Cato, who formed the initial spreadsheet and was the first to do statistics with PHoF data; AW_FC_1986 and several others who authored challenges; and I’ve already mentioned Prestacious and TheTechnoTurian. But ultimately, none of this would be possible without the involvement of hundreds of people who took the challenges and submitted their runs — for glory, but also for science.

In the next post, I’ll talk about Platinum Solos Hall of Fame.