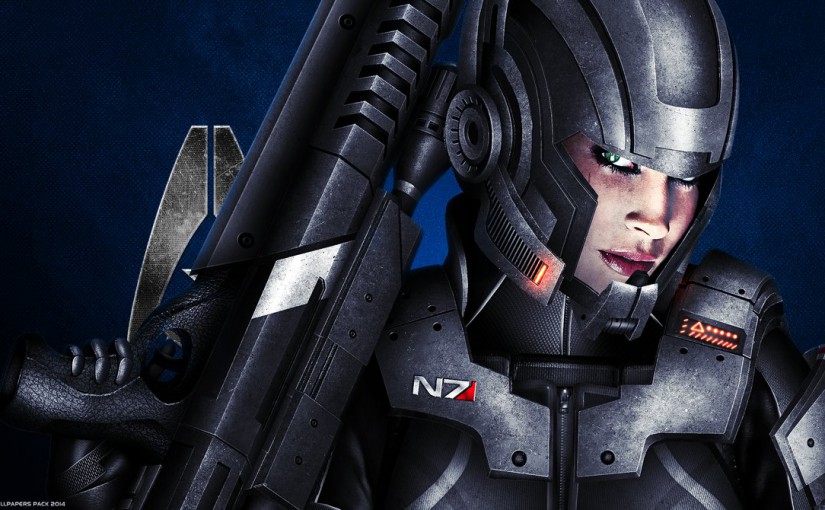 This is the second in the series of posts about the Mass Effect Multiplayer Challenges and Halls of Fame.

The ME3MP Platinum Solos Hall of Fame (PHoF) is, I believe, the oldest community archive. The earliest entries in it date back to July 2012, possibly to the same day when the platinum difficulty was introduced with the Mass Effect 3: Earth DLC. Back then, even the best players needed about an hour to complete a platinum solo. Nowadays, veteran soloists can do it in under 15 minutes.

At the time of this writing, the PHoF contains 4072 archived runs contributed by 271 players. To have your platinum solo archived, you need to make a formatted submission in the dedicated thread on the unofficial BSN forums, containing your screen name, the date and duration of the run, the map, enemy, character and weapons used, with a video or screenshot proving the deed.

Initially, the submissions were stored as plain text and kept in a thread on the old, official BSN forums. At some point, this data was structured in the form of an Excel file that was maintained separately and used to create fun statistics that were posted periodically. When the old BSN was shut down in 2016, all community archives were migrated to their new home at Prestacious Challenges, and I became the custodian of the PHoF.

This happened at the time when I was binging on online courses about data science, with the mind to re-qualify into it from my field of just science, and the Excel file containing the PHoF archive was a treasure trove of tips, tricks and ideas. It was through studying and re-creating this file that I found the motivation and confidence to make a similar thing for the Themed Challenges, and later for Mass Effect Andromeda Solos.

The maintenance of the PHoF in its current form consists of three parts:

In what follows, I go into details on each of these steps.

The file is structured like a relational database comprising five main tables: kits, weapons, maps, enemies and solos. Auxiliary information: the weapon types, kit and weapon rarity, platforms, DLC, character classes and races, and special notes and/or achievements are stored in their own tables.

Solos is the only table that’s regularly updated. The others contain static data that’s baked into the game, although maps and enemies have recently been expanded to include content originally inaccessible through the multiplayer, made available by the prodigal MGamerz at ME3Tweaks.

Solos has a column for each piece of submission information: player, date, time (duration), map, enemy, character (kit), primary and secondary weapon, platform, and the URL to the screenshot or video. Player, date, time and URL are free-form, manually-entered text fields; the others are type-checked against the contents of corresponding tables through Excel’s data validation system. This ensures data consistency, but also helps with data entry, as it allows you to pick items from convenient drop-down lists.

The Special column (and table) is a bit of a hodge-podge, containing loosely-constrained additional information about the solo, such as any notable medals (like 10 waves survived), achievements (such as using no consumables), and flagging modded solos.

Modded solos are allowed into the PHoF as long as the nature of the mod is disclosed. Mods are mostly used to get rid of some of the tedious and detrimental objectives that appear on waves 3, 6 and 10, thus making the game slightly easier and allowing for shorter completion times. A small fraction of solos is done with mods that include custom content (like maps, characters and weapons unavailable in the vanilla game) or change game mechanics. The Special column doesn’t differentiate, but solos of the latter type are listed separately on the site.

The remaining columns in solos are calculated from submission data and include categories such as character class and weapon type, which are interesting for indexing and statistics, and entries formatted for posting on the site.

Search and statistics are embedded PowerBI reports that query the PHoF file. With its stubborn business-oriented tunnel-vision, PowerBI is limited in damnedest ways. Getting completion times to display properly and behave correctly when aggregated was more of a struggle than making any of the colorful graphs or fancy filter check-boxes.

As of this writing, the most troublesome limitation of PowerBI (and Excel) queries is that they don’t allow relative source paths. If I move the PHoF file, I need to edit each of a dozen queries in both reports to reflect the file-name change. This makes any collaborative endeavor impractical, and it’s the reason why I’ve only put two files in the public Github repo for the project so far: the PHoF and MEA Solos. Everything else contains queries.

I believe there’s a way to alleviate the issue by setting up the source path as a query parameter; that way a hypothetical collaborator would only need to adjust the source path once per file (instead of once per query). But I’m yet to test this.

Refreshing the reports with new data is straight-forward. But refreshed reports need to be uploaded to PowerBI’s online service, and the access to that is limited to Microsoft business accounts. There’s a trick to get one for free, but it’s quite obscure. At the moment, all the interactive reports related to this project are hosted on one of my mock business accounts, and it’s not obvious to me how this would or should work in a collaborative environment.

The last and the most tedious part of running the PHoF (and other Halls of Fame), consists of adding all the new submissions to the appropriate lists on the site. I find this task particularly difficult because I thoroughly dislike Wix, the platform on which the site is hosted. The site belongs to Prestacious, the founder of Themed Challenges and Halls of Fame, who has been generously funding its hosting since 2016, but has not been an active contributor since its establishment. While I have all permissions needed to create and modify site content, I can’t change how Wix works, and I can’t change to a different platform/provider. I won’t get into my numerous annoyances with Wix here; suffice it to say, updating the Halls of Fame on it is a very unpleasant chore.

I have considered switching from plain-text lists (take a look at this, for example) to PowerBI reports here too (like this). But the initial effort would be considerable, and tying up such a big chunk of site content to a service that’s by no means guaranteed to stay free (and/or compatible with Wix) forever would incur some risk. Last but not least, PowerBI reports come with collaboration issues I mentioned above.

This, then, covers the mechanics of the PHoF. In the next post, I’ll talk about Themed Challenges.