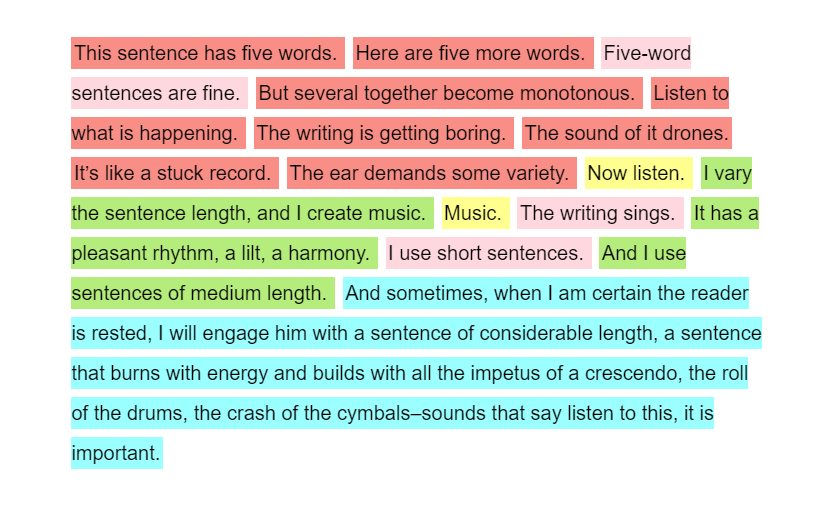 In the image above is a famous quote from Gary Provost’s “100 Ways to Improve Your Writing”. One of them is to avoid stacking sentences of the same length one after another, since that makes for boring reading. Coloring the text based on sentence length is a useful visual tool to help an author or an editor identify such potentially boring passages and revise them. I found several web-based tools that do this (here’s an example) but I don’t much like the mechanics of pasting my text into a browser, possibly many times, as I revise. There might also be some commercial products that offer this service, but I didn’t research that.

Instead, I made my own sentence length colorizer for Microsoft Word, and if you’d like, you can use it too!

END_OF_DOCUMENT_TOKEN_TO_BE_REPLACED 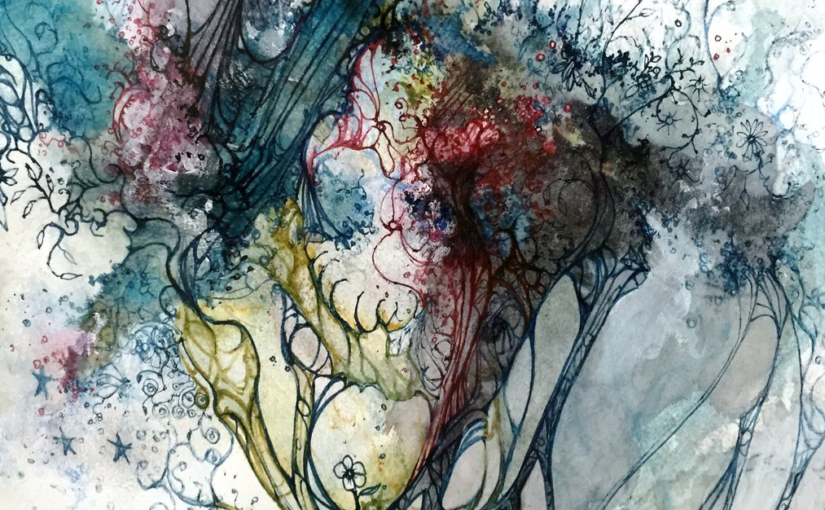 I have read Stim — An Autistic Anthology edited by L. Huxley-Jones and it was a breath of fresh air after suffering through the boredom of Le Carrre’s The Honorable Schoolboy, the relentless misery of R. F. Kuang’s The Poppy War series and the cringe-inducing annoyance with A. Romig’s The Light series, which were seriously threatening my recently reacquired reading enthusiasm.

Stim is a loose collection of stories and essays written by autistic authors. Most are about autism, in one way or another; some are biographical, others pure fiction, and I have seen some reviews that took issue with this diversity. It didn’t bother me even a little. They’re all excellently written and with a few exceptions, they all held my interest and felt fairly relatable. None stood out as extraordinary, something to remember for a long time or in any detail, but the anthology as a whole made for consistently enjoyable reading.

The one thing I will remember for a long time I actually stumbled upon in the epilogue, where the editor gives an overview, in broad strokes, of what autism is all about. To my delight, while explaining the elusive concept of “a special interest”, they use Mass Effect as an example, and I assume it’s one of their own. The mention of my own long-time obsession in this context still makes me smile.

Another thing that sets this book apart for me, is that I helped crowdfund it through Unbound and seeing my name among the contributors at the end made me very proud. I’m glad Stim could raise the funds necessary to get published and I hope many readers will find it as uplifting as I did.

One of my shortest and probably least well-known stories, Directed, features an original asari character named Olte, in the role of young Saren’s biotics instructor. She also appears in Sound of Silence, where, after the blowout in Unnerved and Unnerving and before the catharsis in The Candidate, Saren, now adult and already in service of Sovereign, seeks her company and council. Lastly, she is mentioned a couple times in my latest & greatest work, Thinker Traitor Soldier Spectre. It’s not much screentime, relative to the volume of my Saren/Nihlus verse, but she steps in the spotlight in a couple of important stories I’ve been nurturing in my mind for years, just haven’t written yet.

Well, one of those stories is getting written now, and in it, Olte will go by a new name: Elethea. I’ve already retconned all her past appearances to reflect the change.

Why do I want to rename her, you ask? Because, last year, my good friend Gladius, who is not a fan of asari, pointed out that Olte sounds a lot like the German word Alte, which means old. While Elethea is, in fact, quite old, at least by the standards of the humans, turians, and other short-lived sentients of the Mass Effect setting (well within the matron phase, which is upwards of 350 years of age), old is not the association I have for her, and I don’t want my readers, German or not, to have it either.

So I looked for something similar, but with a different sound, and different connotations, and found the word Elete (Greek: Ηλετη, meaning either “Grinding” (aletos), or “Prayer” (litê)). As most asari names end with an “a” (and because it’s easier to pronounce), this evolved into Elethea. I can still imagine a contraction that might sound like her old name—and that’s good enough for me.

What’s the new story about, you want to know? Shockingly—it’s about love and betrayal. Working title: The Precedent; current word-count: circa 8000; ETA: unknown. 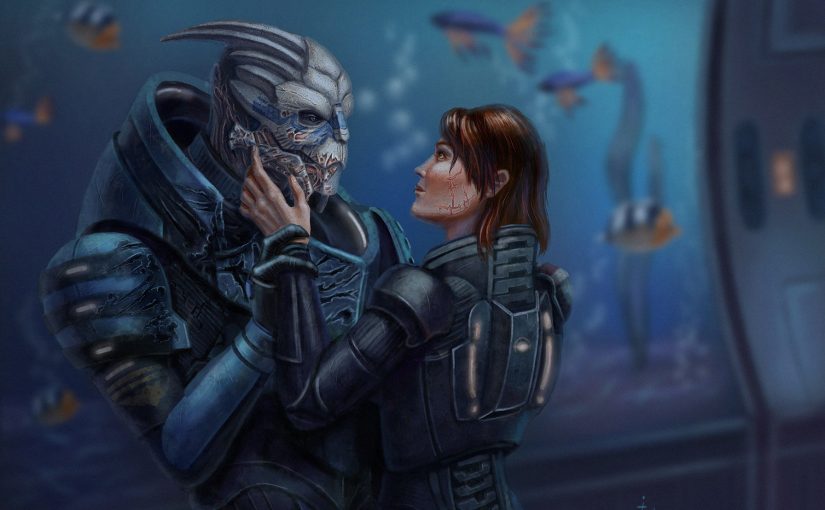 I always wanted to know what the other fire team was doing during the attack on the Collector Base at the end of Mass Effect 2. This is a nine-chapter retelling of the suicide mission, from Garrus’s point of view.

It was written so long ago that I remember almost nothing about the process or the circumstances. I know I wrote it quickly, with minimal fussing, and I was pleasantly surprised by how solid it is when I read it recently. Apart from one other story, which has only ever been posted on the Mass Effect Kink Meme, this is the last of my creations that has not been published here till now.

Read it here and enjoy! 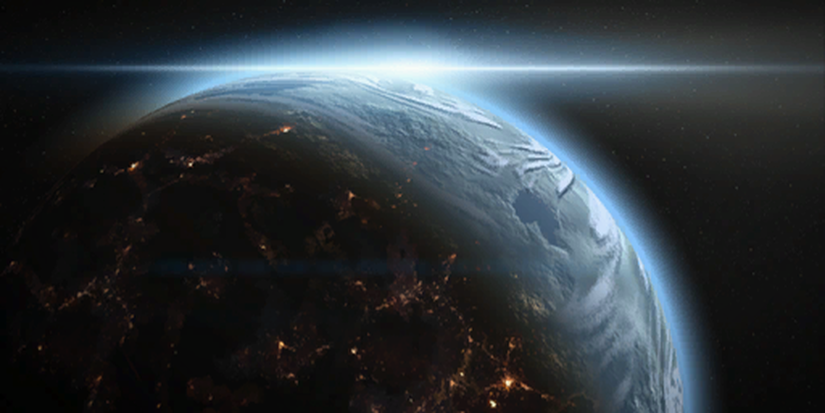