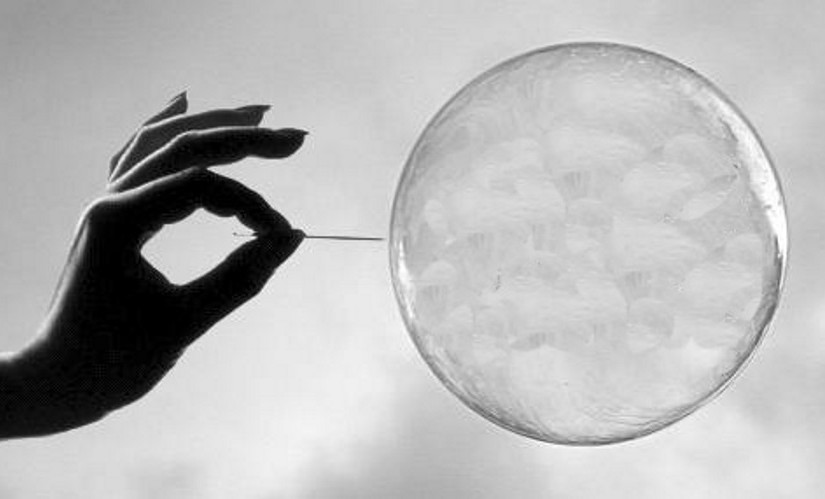 I’m sad, and even somewhat ashamed, that I have to make this particular announcement:

This year’s nano is over for me.

A week ago I wrote about my fears related to embarking on this endeavor, and it turned out that they were well founded.

Unlike last year, this time around I simply can’t set aside the minimum of three uninterrupted hours for writing every single day. And if you’ve ever written for nano, you know what it means to miss a day, especially in the beginning: your average word count suddenly drops to a three-digit number while the average required to finish in time jumps from the seemingly manageable 1700 words per day to, say, 2000. That evil little plot that documents your progress gets stuck far beneath the line of minimum requirements and if at that point you are forced to skip yet another day, the future quickly becomes bleak. Which is exactly what happened to me.

There was more to it, however. Like I said elsewhere, I had the idea for Three Little Fish almost a year ago, but other than writing an outline, I didn’t make any preparations, didn’t do any research, didn’t even do any serious thinking about the setting where that outline would be plausible. So I started with little but vague ideas about everything except the general direction of the plot and some important scenes. For those of you who know me, this hands-on, trial-and-error approach won’t be surprising at all. But in this case, it was a terrible idea. It’s one thing to come up with witty dialog and short subplots as you go along, but decisions like whether your characters will be human or not are not something you should leave for November 1st.

Now, if this was some other story, something I don’t care about as much, perhaps this haphazard storytelling would be enough. Here’s a confession: when I started Ghost in the Machine last year, I didn’t care about it very much at all. It’s just an AU, I was thinking. An experiment with the long form. Nothing important. Of course it became important, and more than important to me in the months that followed, but I’m starting to believe that this relatively dispassionate attitude was key to actually pulling it off. It can’t be reproduced with Three Little Fish. For this one, I want to do my very best, and nano is not a good environment for it.

But since I already mentioned Ghost, I may as well say that giving up had to do with that too. Mostly because I started feeling guilty about letting it sit for a month, especially now, in the finale, when things are the most interesting and where it seems more important than ever to post regular updates and keep a certain… level of presence. My original plan was to finish posting Ghost before this year’s nano, and in that way “deserve” the chance to start another big project. That plan didn’t include week- and even month-long pauses between chapters, brand new content, and, in all honesty, a definite change of pace in Real Life. As soon as I started writing Three Little Fish, the nagging feeling that I wasn’t supposed to start something new before I finished Ghost, turned into a palpable problem. It just didn’t feel right.

Related to this is another obstacle: I realized that I crave for the short form like the desert craves for the rain. It might not be obvious to an outside observer, but I haven’t written a single short story since I started posting Ghost, and the two or three that I wrote between November 1st last year and January 1st this year, were of the PWP variety. I’ve been keeping up an illusion of presence by posting stories that I’d written before last year’s nano, and had kept for rainy days. Sound of Silence was the last from that stock. The one “serious” thing that I actually started during the last twelve months lies unfinished. Why? Same reasons as above: lack of time, lack of focus, being unable to give it my 100% while believing it deserves no less.

Three Little Fish will have to wait a little longer. After I finish Ghost, I intend to go back to short stories, fanfiction or otherwise, and maybe work on my poetry a bit until I’m ready to take on a greater challenge again.