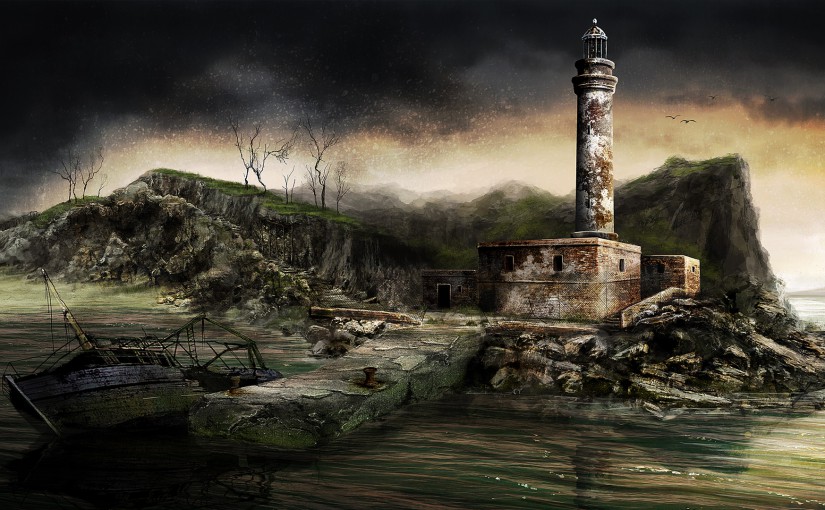 In the past few weeks, I played two short, experimental games: Dear Esther by The Chinese Room, and Gone Home by The Fullbright Company. The mysterious vibe, the focus on storytelling, the surprisingly fine audio and visuals and the undeniably unorthodox character of both games make it impossible to not draw comparisons, so that’s exactly what I’ll do.

Dear Esther was the first one I played. The graphics and the music made an immediate and lasting impression; they were simply beyond any expectation for an indie project. Whether Dear Esther is really a game, though, is something that can be discussed. The interaction of the player with the beautifully crafted and rendered environments is limited to moving around, picking objects up for inspection (but not storing them), and zooming into areas of interest. You’re allowed to look, and in a way, touch – but not to change.

The story – although whether the content of Dear Esther can really be called a story is also something that can be discussed – takes you on a journey over, under, and finally above what appears as a totally deserted island. Within each location, there are areas or objects that trigger what appear to be journal entries, letters, musings or memories (not really clear), that deliver the said story through rather inspired voice-acting. There’s a clear goal, to reach the aerial rising from the topmost point of the island, for a reason that does indeed become apparent near the end of the journey. But apart from that, you don’t really get to find out what happened to bring you there in the first place, who are the other people that get mentioned (Esther included), what historic period or approximate geographic location the game takes place in, or anything that would, in my judgment, justify the claim that the game actually tells a story. Later I discovered that such vague impressions and incomplete information were served by the authors with the intention to create a unique experience for every player. You know, the ‘make your own story’ or ‘everything is up for interpretation’ type of thing. I find the very idea pretentious, and the ending left me with the distinct feeling of what the fuck, which isn’t really something I appreciate.

Gone Home, on the other hand, does not exactly dazzle with audio and visuals; I’m not saying they’re in any way bad – far from it, especially in terms of the voice-acting, which is equal if not superior to what one usually finds even in triple A titles. They’re just not the most important aspect of this game, the way they are in Dear Esther. 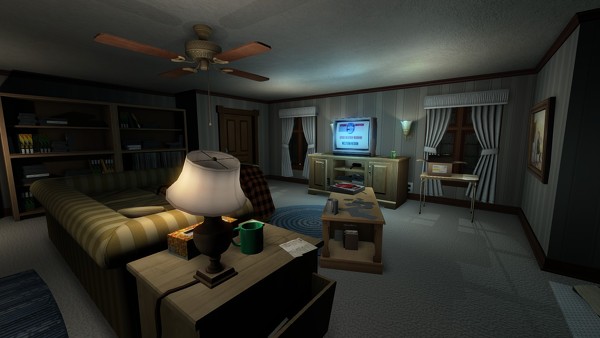 Gone Home is somewhat less experimental, in that it has some of the trademarks of a standard adventure game. Upon returning from a long trip, you find your family house empty and you proceed to search it, room by room, for clues that 1) help you move on to new areas, and 2) help you put together the story. Clues come in the form of various items, like notes and keys, that you can put in your inventory and use later, and while moving on to other areas most often means simply unlocking doors, sometimes you also need to find removable wall panels or hidden switches. The environment is a lot more interactive than in Dear Esther; you can pick up and examine anything that isn’t nailed down, look inside drawers, cupboards and closets, play music and TV, turn the lights and even water taps on and off. None of which can really be said to contribute to the story, but it does land a certain credibility and add to the atmosphere.

Gone Home definitely has a story, and it’s a lovely, gentle, humane story that doesn’t pretend to be especially deep or unique or philosophical, or anything more than it is. It’s a story about love, friendship and family; I guess it might even come across as formulaic and mundane to a consumer expecting mystique, or something disturbing or supernatural. It’s not often one finds the simple, yet essential aspects of human existence, stripped bare of glamour, heroism, magic and tragedy, in computer games these days. In that, the story of Gone Home is courageous, refreshing, and extremely well executed through a slow buildup and a generous supply of carefully placed details.

In conclusion, Gone Home left a better impression game- and story-wise, but the artistic assets of Dear Esther are likely to prevail in long-term memory, especially the soundtrack, which is truly superb. Neither game takes more than a couple hours to complete, and I’d gladly recommend them both to anyone with a taste in nice-looking, well-sounding, intriguing and unusual.