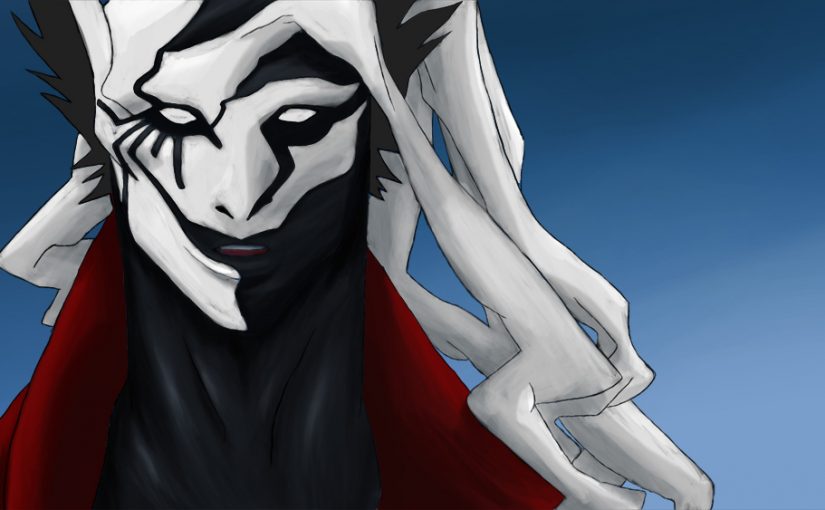 I started writing this post about half a year ago, just after seeing the series for the second time. The plan was to use another text about it as a platform for the development of my own thoughts and interpretations. But this turned out to be much more difficult than I had imagined (as I’ll explain later) and eventually I abandoned the draft. Obviously, I finished it now, because I want to preserve the memory of the experience, but the details I originally wanted to delve into are largely lost on me now. As a result, the text might still be a bit incongruous, despite the significant effort I put into to smoothing it out. Please bear with me!

I fell in love with this series. It’s been a long time since I was so curious about and engaged with anything I watched, read or played. I liked it enough to start watching it again from the beginning only a few days after finishing the first run, and that hasn’t happened to me in at least a decade. The first run was incredibly enjoyable, but even though I had done my best to pay close attention and memorize details, I was left with the nagging impression that I had missed a significant portion of content that had no meaning for me at the point when it was presented. So I watched it again.

The phenomenon of valuable detail obscured from the consumer by their factual and expected inability to grasp its meaning when first encountered is not new to me. The example that immediately comes to mind is the Mass Effect fanfiction written by my dear friend and former writing buddy, Misfire Anon. Needless to say, I loved and admired Misfire Anon’s writing greatly (as I still do), despite the occasional frustration at being unable to understand everything. And it was important to understand everything, exactly because I loved it—I wanted to participate in it completely and without barriers. I have exactly the same feeling about Ergo Proxy, and the same dilemma: are the authors doing this on purpose, to make the consumer feel frustrated, or does the story they’re trying to tell simply surpass their storytelling ability?

Of course, there’s another option: perhaps the authors (and perhaps some or even most of their audience too), believe that stories aren’t supposed to be all about logic and consistency, and that those that aren’t reflect the apparent randomness and meaninglessness of the world around us.

Seeing Ergo Proxy for the second time didn’t help me make the distinction. After I successfully absorbed most or all of the hints and clues planted in the early episodes, when a new viewer has no chance of recognizing them as significant and thus no motivation and even ability to memorize them, I certainly understood the plot better, but paradoxically, I was also left with more questions than I had the first time.

I turned to the internet and found a detailed, well-written blog post that analyses the series based not only on the author’s own reading but also on even older folklore found on other people’s blogs, forums and so on. Titled, a bit presumptuously, Ergo Proxy Anime Explained!—it lays out the plot and recaps the episodes, some in only a sentence or two, others almost frame by frame. I discovered several clues there that I had missed even on my second viewing, but otherwise found the “explanations” (often presented as facts instead of what they really are—interpretations), insufficient to contain all the “evidence”.

Like I said in the disclaimer at the beginning, I initially intended to take that text as a basis, debunk parts of it while building my own alternative theory of “what really happened”, and title the post Ergo Proxy — Re-examined. But soon I realized I don’t have an alternative theory. The more I thought about it, the more I was certain that the story truly lacks the internal consistency I was so eager to reconstruct from the content. The timeline is basically impossible, and numerous problems arise regarding character motivation in some key moments. The setting itself, so elegant at first glance, also fails to stand up to scrutiny; and I don’t mean the nerdy nitpicking on the subject of a smoke-induced ice age (which is actually possible via the snowball world route, but not via the ‘no sun for thousands of years’ route taken in the series); I mean the hows and whys of the actions taken by the ancient humans to avoid extinction. Which, like many other things, just don’t add up.

The series if full of sharp objects the poor fans (myself included) tried desperately to fit into round plot holes. Either the authors wanted to create an impossible story on purpose, or the story got out of control. This happens when an initial plan is haphazardly changed or expanded along the way with whatever sounds cool at the moment. (This post itself makes for a good example.) That was ultimately the only theory I could come up with: that the original story was logical and consistent, but that additions (of, say, Proxy One) were made at about the half mark, perhaps in an attempt to explain things to the perplexed audience (with, say, the quiz episode) but ultimately turned the story into a desperate tangle of loose ends.

Oddly enough, it still somehow works—because one can, at first, hang their disbelief on all the missed hints, and later nurture the delusion that a tale of such complexity and manifest beauty must be perfect at a level impenetrable to us mere mortals despite its undeniable flaws. Perhaps even more oddly, the awareness of the flaws doesn’t make one (at least, this one) resent it. To the contrary. I would absolutely watch Ergo Proxy again and enjoy it no less for these seemingly dismal conclusions.

One of the prominent themes of the series, especially in the end, when all the cards have finally been revealed, is the possibly infinite succession or hierarchy of creators and their creations who then proceed to create on their own; but the creations of a flawed creator must themselves be flawed. In episode 19, Eternal Smile, this is extended all the way to the authors of the series—the actual writers and artists—whose flawed, miserable, occasionally insane characters constantly fight and destroy everything around them.

As a writer, I relate to this deeply. The stories and characters we create often develop lives and wills of their own; enact and suffer the most terrible things; and deep down there’s no escaping the fact that their flaws and failures are just an expression of our own depravities.