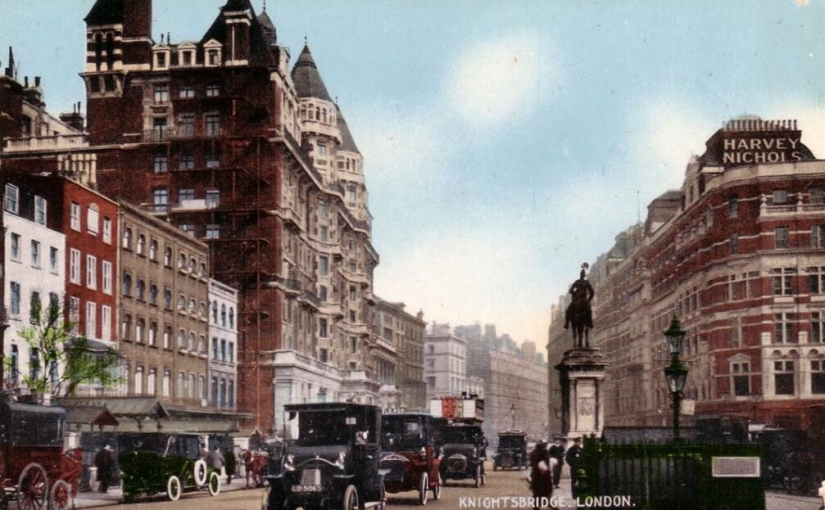 What an odd book! With no plot whatsoever, the narrative flows from one point of view to another, sometimes smoothly and sometimes making nearly unintelligible jumps. Almost every character that’s mentioned, no matter how thin their connection to the titular Mrs. Dalloway, her friends and family, gets to to ‘speak their mind’. I struggled to find connections. At times I struggled to tell what the hell was going on. But despite the oddity, I mostly enjoyed reading it. The writing is unorthodox, occasionally poetic, and I was struck by its beauty more than a few times. So here I’ll save some highlights:

The motor car with its blinds drawn and an air of inscrutable reserve proceeded towards Piccadilly, still gazed at, still ruffling the faces on both sides of the street with the same dark breath of veneration whether for Queen, Prince, or Prime Minister nobody knew. The face itself had been seen only once by three people for a few seconds. Even the sex was now in dispute. But there could be no doubt that greatness was seated within; greatness was passing, hidden, down Bond Street, removed only by a hand’s-breadth from ordinary people who might now, for the first time and last, be within speaking distance of the majesty of England, of the enduring symbol of the state which will be known to curious antiquaries, sifting the ruins of time, when London is a grass-grown path and all those hurrying along the pavement this Wednesday morning are but bones with a few wedding rings mixed up in their dust and the gold stoppings of innumerable decayed teeth. The face in the motor car will then be known.

Miss Kilman stood there (and stand she did, with the power and taciturnity of some prehistoric monster armed for primeval warfare)…

For although the clouds were of mountainous white so that one could fancy hacking hard chips off with a hatchet, with broad golden slopes, lawns of celestial pleasure gardens, on their flanks, and had all the appearance of settled habitations assembled for the conference of gods above the world, there was a perpetual movement among them.

…the weight of the day, which, beginning with that visit to Clarissa, had exhausted him with its heat, its intensity, and the drip, drip of one impression after another down into that cellar where they stood, deep, dark, and no one would ever know.

For this is the truth about our soul, he thought, our self, who fish-like inhabits deep seas and plies among obscurities threading her way between the boles of giant weeds, over sun-flickered spaces and on and on into gloom, cold, deep, inscrutable…