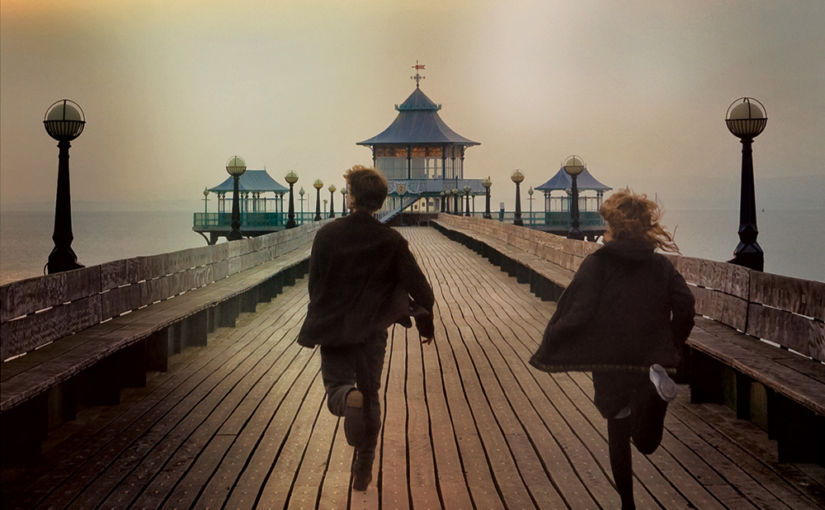 I read the book first, then saw the movie a couple weeks later. Both were great but left entirely different and somewhat conflicting impressions. The author of the book, a Nobel prize winner, Kazuo Ishiguro, also had a hand in the making of the movie, which makes the unusual disparity even stranger.

It would be difficult to summarize the plot without revealing the central mystery. Like with The City and The City, part of the tension in the beginning of the book comes from not knowing if it’s contemporary, speculative or outright science fiction. You can tell from the very first sentence that something about the setting is at least a little bit off, but no explicit confirmation is given until the half-mark. I wonder if that was the intention, because the movie makes no attempt to hide its true nature and promptly info-dumps a vital “clue” that the reader would only find at the end of the book, in the first minute.

As with all adaptations, there are other subtle and not-so-subtle changes the movie-makers made to fit the story better into the visual medium. Coming fresh from the book, I could identify every single deviation. None of them affect the plot; but together, they conspire to change the atmosphere of the story completely.

The movie is far, far more emotional and touching than the book. It’s not just about seeing a character cry: it’s about the act of crying to begin with. Kathy, the first-person narrator, never mentions shedding a single tear in the book; even in situations where it seems appropriate, the feeling is rather that of silent acceptance and reined-in optimism despite the bleak outlook, or at most, a sort of emotional numbness—not suffering. Even in its crowning final scenes, the book (and, arguably, Kathy herself) maintains a gentle philosophical detachment.

In the book, one gets the impression that Kathy is blind to Tommy’s unrequited feelings; in the movie, it’s the other way around. In the book, she seeks out and finds other partners without as much as a trace of jealousy or even interest in Tommy and Ruth’s affair; in the movie, she’s the pathetic loner listening longingly at the noises of their lovemaking from another room. It’s a valid interpretation: in the end, the book too confirms she was in love with him the whole time. But in the book, there’s no suffering from it, while it’s exactly this suffering that supplies the movie with its heavy emotional punch.

It seems like the book is told from the inside, while the movie is seen from the outside. And I don’t mean just the first-person narration or even the inherent capacity of the written word to delve into the internal as opposed to a motion picture’s capacity to expand the external. I think it’s a deeper shift of perspective. The book is told by “one of them” to another one of them; their lives and destinies don’t necessarily seem tragic to them. Unfair, perhaps, but that’s true of almost anyone. The movie, on the other hand, is a story about one of them, digested for “one of us”. It’s how one of us would imagine what being one of them is like; not how they would see or describe it.

What it boils down to, is that the book isn’t as tragic as the movie, despite telling the same story. The movie purposefully (and quite successfully) evokes deep sadness, while the book inspires a somber, thoughtful mood instead.