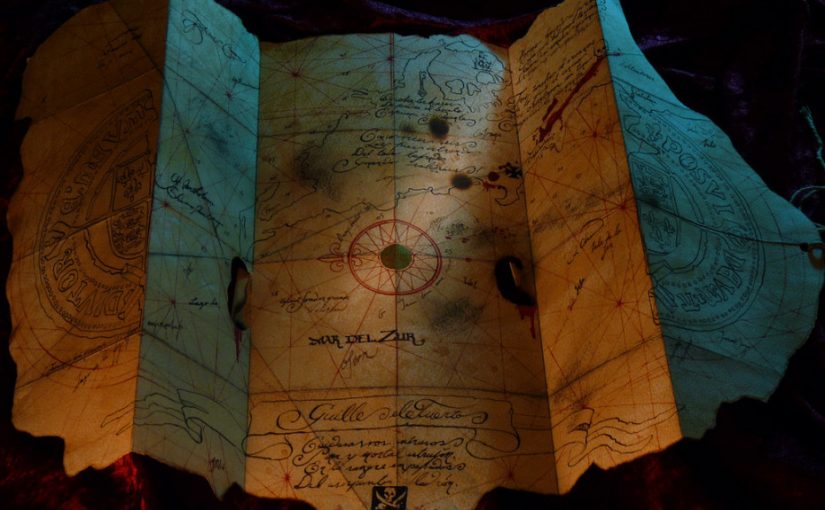 A bridge-building book that connects the literary genre of the romantic quest narrative (exemplified by the Arthurian legends), and the wide category of “quest games” that includes, but isn’t limited to, RPGs and action-adventure games. The parallels are undeniable and familiar to any person who enjoys playing such games, but it’s a real pleasure to see someone publish a book filled with good arguments and examples to use in debates with game critics who dismiss games as an art form and just a “waste of time”.

Like the title suggests, the book first introduces the quest narrative as a genre of literature, then lays out the history of quests in pen-and-paper and computer games. All the elements of a quest – the spaces (level design), characters, objects (quest items), and challenges are discussed in detail, using examples from both older games (Ultima series) and the newer ones (Oblivion, Neverwinter Nights 2). Each chapter is followed by an in-depth tutorial, or an exercise, in creating quest elements using the Neverwinter Aurora Toolset, with the overall goal of transforming the quest narrative Ser Gawain and the Green Knight into a quest game. The book ends with a chapter discussing the educational value of quest games and a long list of welcome references.

What I was the most excited about was the discussion of the effects of participation on the experience of appreciating a work of fiction and in particular, when playing a game. Situations that a reader of a book can only contemplate are quite literally enacted by the player of a game. It’s nothing new, of course, but seeing it spelled out that way, I connected it to my other recent reading about art and emotion, specifically to the simulation theory of K. Walton, who, in a nutshell, claims that an appreciator of fiction imagines not only that the situations, characters and emotions of a fictional world are true, but actively participates in it. As K. Walton puts it, “We imagine doing things, experiencing things, feeling in certain ways. We bring much of our actual selves, our real-life beliefs and attitudes and personalities, to our imaginative experiences, and we stand to learn about ourselves in the process.” Games, and especially RPGs, take the aspects of both simulation and participation to a new level, peeling away a layer of abstraction, ideally not only allowing the player to enact the work of fiction, but to also influence its shape and meaning.

I enjoyed reading the theoretical parts, but the further I went along, especially during the analysis of different elements of a quest, I became increasingly suspicious. Here are some examples of the author’s judgments, presented in a matter-of-fact manner without even a cursory discussion, that I found somewhat offending:

The author claims the “spaces” of a quest game must by all means be fantastic, dreamlike, and composed of elements that evoke the feeling of romantic, medieval adventure. This idea that a quest game can only exist in a high-fantasy setting is also presented during the discussion about classical RPGs as opposed to action games, which the author seemingly divides by the type of setting rather than by the type of interactions available within the game. As proof, he offers the eyebrow-rising observation that games set in contemporary or futuristic environments have “missions” instead of “quests” like there’s some fundamental differences between these two kinds of challenges.

There is also a strong bias toward the all too familiar plot devices and constructs that I’d freely call clichés, like having the central quest item divided in parts that the player must collect in order to put the item together and complete the game, or the idea that dialogs with NPCs must be short so that they wouldn’t slow down the action, and that NPCs should be built from archetype templates like “mentor”, “trickster”, “dispatcher”, “villain”, with only the minimal modifications required to hide the most obvious archetypal characteristics. I felt these recommendations were heavy-handed, uninformed and deeply counterintuitive.

Finally, there were the numerous errors in citing places, characters and objects from games the author uses as examples. Morrowind and Oblivion are among the favorite examples, and there’s hardly a single mention of any specific thing from either the lore or the gameplay that doesn’t contain at least one blatant mistake: “Seya Deen” (Seyda Neen), “Morag Tar” (had to think about this one, I guess it was supposed to be Molag Mar), “The Nerevar” (Nerevarine), “Nirnwood” (Nirnroot) and so on. These little things, which I could certainly forgive if they were made by a blogger or a forum-poster, poked at my eyes and did a lot to make me doubt the author has actually played any of the games he used to back up his claims.

Troubled with these suspicions, I tried to find out something about the author, see if his expertise is more on the literary or game-design side, what’s his experience and what’s his authority based on. I could find nothing, and the further I went along the book, the less I felt obliged to take it seriously. I don’t mean to imply it was a bad read, or that I regret the investment of time – it was certainly a book worth reading, but I brought back from it much less than I initially expected.