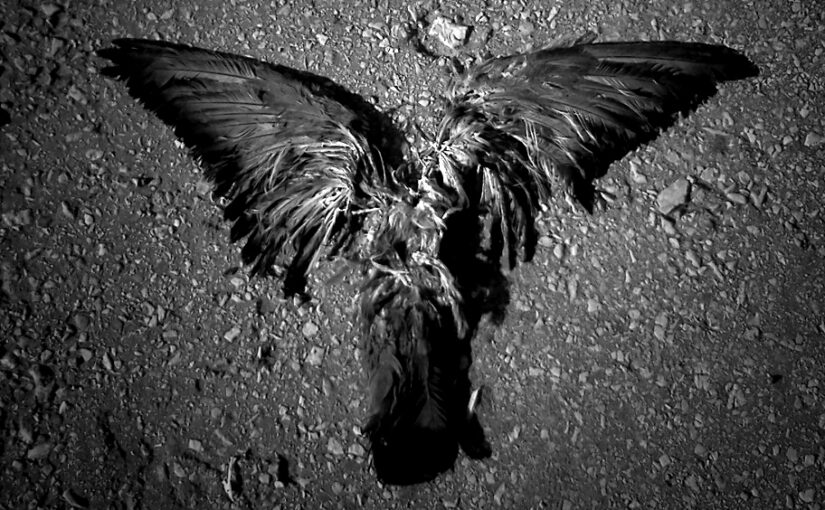 I got this book as a part of a strange fiction bundle, and like many books I buy in bundles, it’s been sitting on my e-book reader long enough for me to forget I had it, let alone why and even if, I wanted it. I picked it up this January, in a break I needed to take from The Golem and the Jinni by H. Wecker (a subject for another post), because the title resonated with my ongoing Darksiders obsession. But soon I discovered several more unexpected resonances.

Grant, the POV character, is a disillusioned, depressed photographer with low self-esteem and no passion for his work, his relationship with a successful psychiatrist, or really, anything in life. By chance, he gets exposed to artwork done by one of his girlfriend’s patients, a young man named Robin, who has schizophrenia. Grant becomes obsessed with Robin’s drawings; they kindle his passion. He pursues this obsession, and passion, until he manages to install himself in Robin’s life as a friend and guardian.

The first resonance I found in the depiction of this unhealthy pursuit of passion. It’s something I went through at one point in my life, or rather, rode through like a runaway train, wrecking everything that was in the way. Grant’s quest to make himself a part—and not just any part: a necessary part—of Robin’s life at any cost evoked complex feelings in me. I could fully relate to it, and on one level, I wished him to succeed; but with the benefit of my own hindsight, I also hoped he would recognize the risks and stop before it was too late. (He didn’t.)

Another, more superficial but nevertheless interesting resonance concerns Robin. In appearance, he is depicted as angelic, but my associations went rather to War. Robin is pale-skinned, with long hair light enough to be almost white, and eyes of watery blue. He has a mark or scar on his face that I couldn’t quite visualize from the description, but it’s a sort of mark that will fade or darken with blood depending on the mood—just like War’s brand. Any similarities with War stop at these quirks in appearance, however. Their personalities couldn’t possibly be more different.

Robin turns out to be gay, which is yet another resonance. For a good long while, I hoped that Grant, in his infatuation with Robin, and given his disinterest for his girlfriend, would go gay as well. The part of the story that builds up their intimacy could easily fit into a romance novel. Sadly, this didn’t pan out. At all. Instead of Grant going gay for Robin, Robin later goes straight for Saskia, a character who appears in the middle of the tale as a catalyst of disaster.

And then there’s the schizophrenia. The resonance here is with the reading and research of this difficult mental illness that I did last year for an original fiction project. The research convinced me I can never hope (nor, in truth, want) to write competently about characters with schizophrenia and I transferred my interests and inquiries to some less serious conditions. But I learned a lot, and the portrayal of schizophrenia in Strange Angels seemed fair and divested of any attempts at romanticizing it.

For the most part, it was an enjoyable read. The first half often made me unaccountably emotional, and I found it difficult to put the book down. My investment slackened considerably with the introduction of Saskia, who failed to evoke any interest or sympathy in me. I don’t know if she was meant to be an antagonist, but that’s how I experienced her, and this story really didn’t need one (more). The sexual tension between her and the male protagonists challenged my suspension of disbelief.

It went downhill from there. I didn’t like the ending, and not just because it wasn’t a happy one. I felt cheated of consequences. Losing Robin should’ve been more than adequate a “punishment” for Grant’s “crime” but somehow it just fell completely flat for me and didn’t cause even the faintest stirring of emotion. Perhaps it’s not something that’s missing from the book itself, but rather a distinct lack of a personal resonance, like destructive interference from elements that just didn’t fit together. Regardless of the reason, I ended up with mixed impressions that cancel out and boil down to nothing.

One aspect of the book that remained fairly constant and provided a sort of macabre pleasure throughout is the extremely weird language. Here’s an example:

The waitress, they had not heard her coming and now Robin all eyes, startled and then down, staring at his hands while color spread, like light in the sky, blood in water and Grant’s own face taut: it’s not her fault: she doesn’t know, or care either. “Two more coffees,” as even as possible but now Robin in motion, pushing sugar and napkins away to roll again the drawing into a silent tube, showing nothing; rubberband crawl to hold it, so, and Grant wanted to punch the waitress, ridiculous to want to but he did, stupid bitch, stupid bitch.

I think anyone would find this difficult to read and I struggled at first. Surprisingly, though, I got used to if after a short while and stopped registering anything odd about it. The entire book is like this, though some parts are more heavily stylized than others. I loved this. It’s the closest match I’ve seen in literature to the flow of not-exactly-healthy consciousness. I’m tempted to try and mimic this style in fanfiction, as an experiment, and to get more of Koja’s books.

Despite the lukewarm final impressions, I feel I’ve been enriched by this.