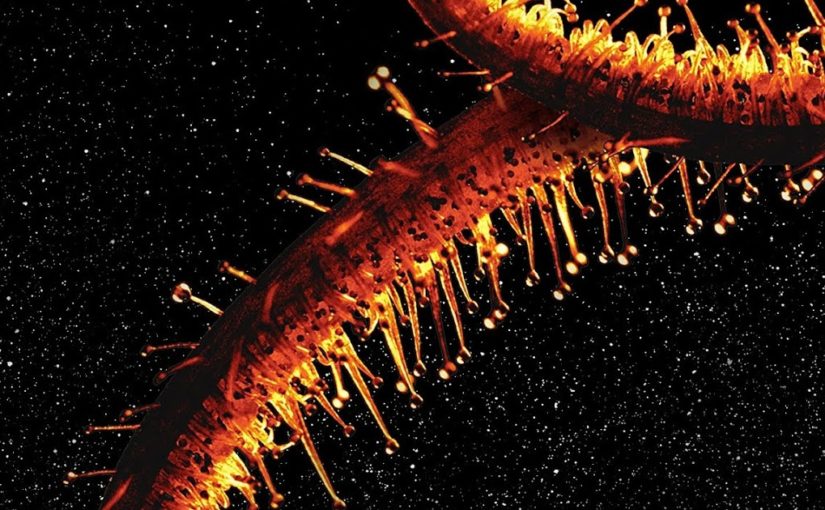 I read the Semiosis duology by S. Burke and I loved it. It’s about a small colony of humans on another planet, Pax, their adventures with indigenous and visiting life-forms and in some ways even more alien fellow humans from distant Earth, which had been ravaged by the failing ecology and wars. The books comprising the series, Semiosis and Interference, are thoroughly engrossing, often unpredictable, subtly satirical, and gently suspenseful.

The Pax saga begins in relatively near future, then spans several centuries forward. The first book is structured as a “generational” tale, with years or decades between the chapters, while the second is focused on a single period. But in both, every chapter is told from a new perspective, making for an unusually diverse cast of characters: protagonists of different ages, genders and even species, at times also representing opposite sides of a conflict.

The story takes a while to pick up the pace; the main subject is only revealed in the third chapter of the first book. This didn’t bother me, but I can imagine that some readers might put the book away before they even meet its true main character. Despite the lack of a strong initial or “global” hook, almost every chapter of the first book has its own “local” hook, and the quality of these delighted me. When I later learned that the author is an investigative journalist with decades of experience, I realized that I’ve seen the same attention-grabbing technique that relies on surprising the reader by some unexpected statement or development in news reports and journalistic essays.

The second book has a much more immediate and irresistible beginning, but overall feels less rounded. Several of the ongoing and newly raised mysteries remain unsolved, even though the thrilling epilogue does a good job with providing closure for the main story thread.

I hope this means there might be more sequels in the future! Right now, I’d read just about anything this author writes. I absolutely loved the understated humor and the welcome lack of melodrama. The writing is competent, simple and straightforward, with a few moments of shine, but otherwise invisible; the people depicted largely realistic, the events and resolutions perhaps slightly optimistic in spite of the overall dystopian vibes. By design or coincidence, nothing deters from the story itself neither by imperfection nor by excellence. And the story is magical. ♥