The first game in the series begins by explaining that a decorated Space Marine with the Earth Systems Alliance, a certain Lieutenant Commander Shepard, is to be promoted into a position of special authority and become a Council Spectre.

Spectre is an acronym for Special Tactics and Reconnaissance. This is a spec-ops wing of the Council military, and the operatives holding the title have almost unlimited freedom: they are allowed to act outside the law, in order to uphold the law. The Spectres are the right hand of the Council, and the position comes not only with a great amount of responsibility: it also carries a certain political weight. For the humans, who have been trying to gain more political power within Council Space since the end of the First Contact War, having a representative in the Spectres is a major step towards the ultimate goal: joining the Council itself as the fourth constitutive race. 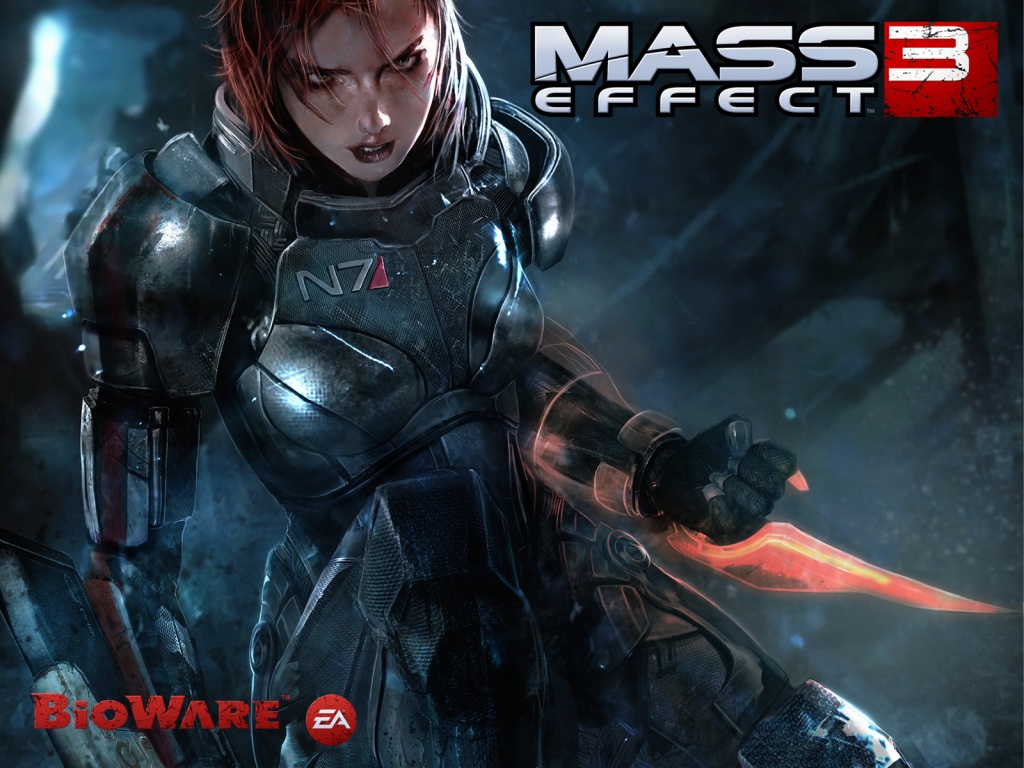 Commander Shepard is an experienced military operative with special-forces training, designated as N7. The game allows each player to choose Shepard’s pre-service history, psychological profile, and area of expertise. Shepard can be a man or a woman. When I write about Shepard, she is named Jane, and has a Colonist/Ruthless background. The story of the first game is retold, with some crucial deviations, in my 2011 NaNoWriMo novel, Ghost in the Machine, which is, at the time of this writing, being posted weekly, chapter by chapter, on this site and on FFN.

I will not retell this story here – other than its fateful beginning. Namely, to become a Spectre, a candidate must first be trained under supervision of a senior Spectre agent. In Shepard’s case, that senior agent was a turian named Nihlus Kryik. Unlike most turians, Nihlus seems to have some sympathy for humans, or can at least be said to harbor no prejudices. Shepard’s training under his supervision was doomed to end all too quickly, however, since he was killed on their first joint mission, by the hand of another turian Spectre: Saren Arterius, who was in turn Nihlus’ mentor, many years ago, and by his own admission, a friend. The entire story of the first game is, in this way or another, a process of revealing the reasons behind Saren’s treason, which were by no means selfish nor trivial to understand. 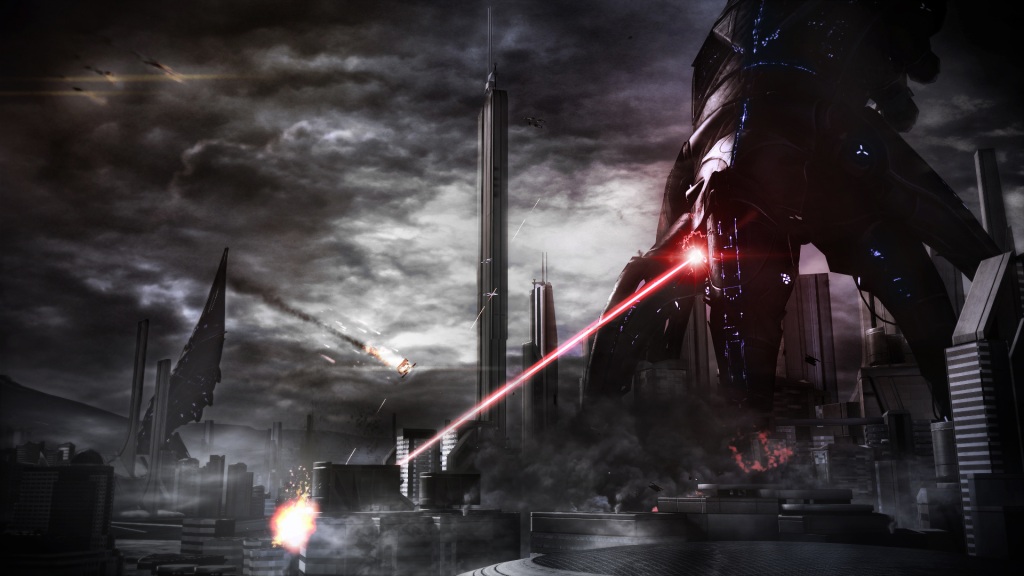 The reasons behind his treason involve the Reapers: a race of immortal, synthetic life-forms who take shape of immense, sentient space-ships and visit the galaxy every fifty thousand years in order to harvest all organic life from it in some kind of reproductive process. Each harvested civilization is built into and preserved in the form of one or more new Reapers – thus being annihilated and immortalized at the same time. Then after each harvest, the Reapers meticulously erase all traces of their existence and the existence of the races they assimilated, and spend the next fifty thousand years hibernating in the empty intergalactic space outside the borders of the galaxy – the so-called dark space.

The Protheans, who were the dominant race of the previous reaping cycle, did not just disappear: they were systematically exterminated by the Reapers. Moreover, the Citadel, the mass relays, and all the technology left abandoned throughout the galaxy, was not Prothean heritage: the Protheans merely found it and made good use of it, just like the civilizations of the current cycle; it was left there by the Reapers, with the purpose of making the development of organics a predictable, well constrained process. 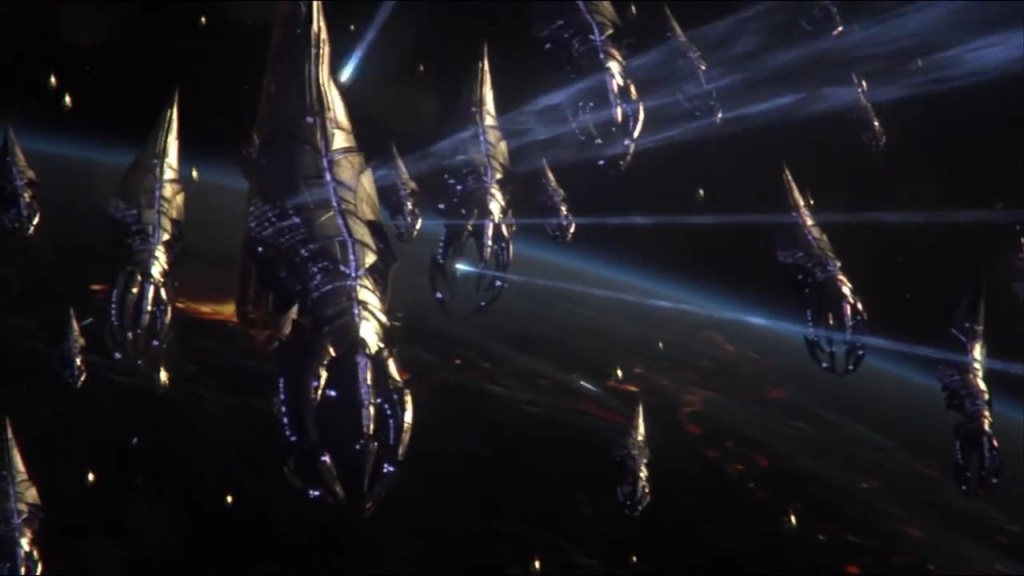 Saren was, sadly, among the first organics of the current cycle to discover this frightening history. Some twenty years prior to the events of the first game, and about a decade after the First Contact War, Saren found a dormant Reaper: a huge, sentient space-ship, more than two kilometers in length, adorned with technology and weaponry unlike anything he had ever seen. He named it Sovereign, and what he learned from it changed the course of his destiny forever. Sovereign was a vanguard of the Reapers: left behind to monitor the progress of new civilizations, and decide when the time is ripe to reap them.

And the time has come. By the end of the first game, it becomes clear that the Reapers will return and, in a sense, the entire ME saga is about making a desperate attempt to save the civilizations of the current, and possibly, future cycles, from being reaped. Desperate because the current cycle has nothing that could match the advanced technology and sheer firepower of the Reapers.

In addition to being super-advanced and super-intelligent and super-powerful, the Reapers have two insidious ground-based strategies: husks and indoctrination. 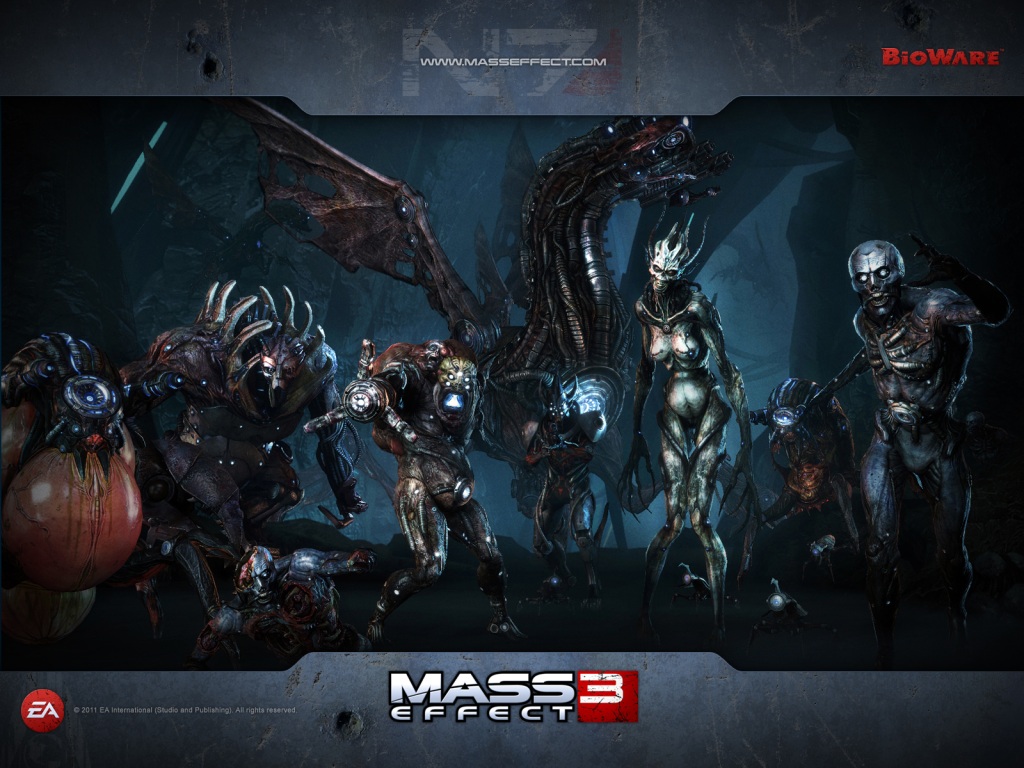 Husks come to be when an organic (say, a human, turian or an asari), is infected by the so-called Reaper nanites. Nanites are microscopic, self-replicating mechanisms that transform a living creature into a hybrid life-form, part organic, part synthetic, mindless and in complete control by the Reapers.

Indoctrination is more subtle. Every Reaper spreads a sort of telepathic influence that makes the organics around it susceptible to mind control. It doesn’t work instantly, but over time – weeks, months, and in some cases, years – the affected person becomes indoctrinated. They lose their free will and their only purpose becomes to serve the Reapers.

Which means that at the time Shepard meets Saren, he has spent more than fifteen years around Sovereign, and is definitely indoctrinated. Now, his ‘saving grace’ is that indoctrination makes the subject dependent on orders and direction; incapable of thinking for themselves, and ultimately, useless. Saren thought it was possible to evade indoctrination, and on a larger scale, extermination, by making himself irreplaceable. That was the essence of his treason: he made a pact with the enemy. He wanted to prove that the organics can be useful to the Reapers, believing that the Reapers, with their machine intelligence, are entirely rational and would not waste a useful resource. In other words, he was firmly convinced that submission was the only possible alternative to extinction.