The stories about Saren and Nihlus are all conveniently set before the beginning of the first game (well, with the exception of Ghost in the Machine), and therefore only loosely constrained by the actual events enacted in the second and third. These focus exclusively on the adventures of Commander Shepard as she strives to postpone and eventually repel the Reaper invasion. I won’t summarize the games here; suffice it to say that the basic assumption behind Mass Effect 1 and 2 is that the Council refuses to believe the Reapers are real and the invasion imminent, so when they do appear in force in Mass Effect 3, the galaxy is far from ready and, to make things worse, fragmented by internal conflicts.

Shepard is, however, not alone on these quests. In each game, she assembles a team of combat, engineering and biotic specialists, who join the crew of her star-ship, the Normandy, and help her using their unique abilities and expertise. One of them, a turian sniper named Garrus Vakarian, got some of my special attention.

Unlike the romance between Saren and Nihlus, the romance between Garrus and Shepard (well, the female Shepard), is 100% canon-approved. Meaning that it can be enacted  (and  consummated), in the games themselves. Some of my first and dearest stories in ME fandom are about this couple, especially about the clumsy beginnings of their affair, riddled with more than a little inter-species awkwardness. These would be: Fruit from Palaven, A Game of Cards, and First Kiss. I also have an action-oriented, multi-chaptered story that retells the end of the second game from Garrus’ perspective: The Suicide Mission. 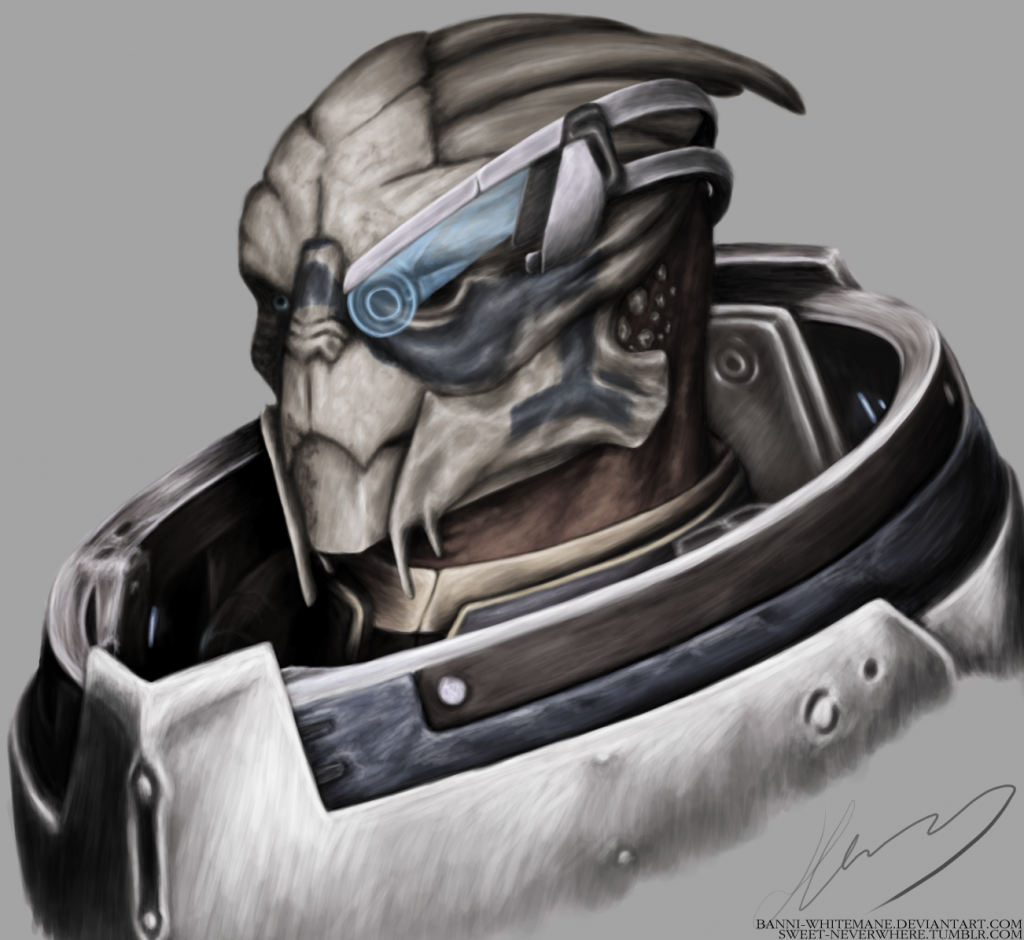 Garrus is one of the oldest members of Shepard’s team. She first meets him right after the events that reveal Saren’s betrayal, and he stays with her to the very end. Before joining the crew of the Normandy, Garrus worked as an investigator for the C-Sec; in other words, something like a police detective. However, his abilities qualify him for a lot more than that. Later it is revealed that he too wanted to be Spectre, and that he even took part in a Spectre training program against the wishes of his father, who turns out to be a prominent figure in turian society. This bit of backstory inspired one of my best, if not the best story I’ve written so far: The Candidate, which gathers all my favorite turians and ties the threads of their fates together.

This, I hope, covers everything you need to know in order to read my stories. Thank you for taking an interest and reading. As I always like to add: comments are very, very welcome!

I leave you with a list of resources and recommendations.