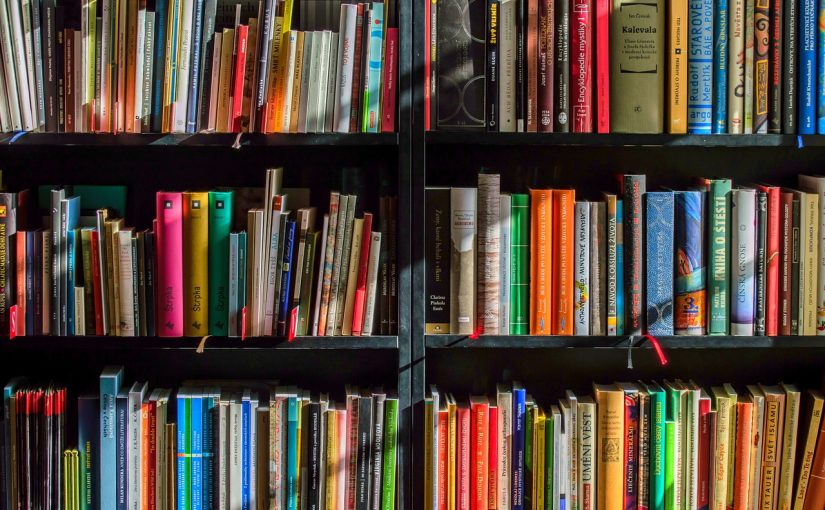 I might not have mentioned elsewhere on this blog that, in spite of my writerly ambitions, I’m a tragically slow reader. In 2018 I managed to read some 18 books — that’s 1.5 books a month — and considered it an achievement. In 2019 I planned to read 24 — the whole of 2 books a month! — but in the end managed only 20. Here they are, and how I remember them:

I have been trying to make myself read this extremely popular book for years and now that I finally succeeded, I’m even more confused as to what all the fuss is about. It’s a rather boring children’s tale with outdated themes and symbolism that evoked zero feelings in me. Unremarkable and utterly forgettable.

A solid story, depicting a fairly believable dystopian future where alcohol is the main currency, cities have turned to warring states, and ancient shells of rusted cars are hauled by horses as a status symbol.

I loved every word of this. Such tight, precise writing! A timeless yet controversial subject and a convincing teen perspective (though I might not be qualified to judge that anymore, if I ever was). Couldn’t put the book down and felt massively enriched by the reading experience.

One of the several writing advice books I’ve read recently — they all seem a bit samey in my mind now. This one had some good tips for writing reviews, otherwise nothing that especially stood out or stuck with me. Which isn’t to say it was bad. I enjoyed reading it and might read it again in the future.

Peter Pan is transmale and Captain Hook is conveniently gay. Neverland has, unjokingly, never been this interesting. A thoroughly delightful read that I wouldn’t mind repeating.

I did not finish this. It’s been a long while since I disliked a work of fiction this much. It’s not bad in any obvious way. The writing is competent (though it could have been edited better), and some of the sci-fi premises are interesting. But I just couldn’t muster a single atom of care for any of the characters, nor for the setting and its future. The story is fine in terms of sequence and logic of events, but it lacks heart. The shallowly outlined people who enact and inhabit it are so distant and so busy executing the breakneck pace that they never actually feel anything, and neither did I. After struggling to get into it for three weeks, I dropped it at about 1/2 of the first book in the trilogy, so it’s not like I didn’t give it a chance. RIP.

Another book from the author of Speak, Twisted is just as disturbing, enlightening and genuine-sounding. A similar story, but where Speak was told from the point of view of a victim, Twisted is told from the point of view of a wrongly accused violator, thus closing the circle. It’s not as strong as Speak but in some ways it’s even more solid and a bit easier to relate to because the main character is slightly older. After this I’d read pretty much anything this author has written.

Another writing advice book, but more memorable than others, on account of its biting criticisms and fresh insights. It ends with some very practical instructions on how to plot out a novel or script so that minimal rewriting is necessary. I wish I was able to follow them, but alas, I suffer from some brain damage that renders me completely incapable of making plans and thinking ahead. If not for the sheer length of the book and its focus on screenwriting, I’d consider it well-worth regular re-reading.

One of the two gay romance books for this year. I picked this up at random but did not regret it! It’s a very successful story that achieves the goal of all romance novels admirably: the two mains, who are in love, are separated by career-related obstacles serious enough to keep them from being together in public, but not serious enough to make their relationship entirely impossible. Although a bit drawn out, the resolution is sensible and satisfactory. A hot and enjoyable read.

This book earned itself a permanent place in my heart. Donna’s incredibly direct and sincere account of her troubled childhood and youth offers an intimate insight into an autist’s experience of the world without, and the world within. Highly recommended for anyone interested in autism, though perhaps not as the very first text to read on the subject, as it is personal far more than educational.

It’s, by anyone’s standards, a good book. The writing is impeccable, inspired and poetic. There’s a problem to be solved, and a character uniquely equipped and well-motivated to solve it. But the story isn’t really about Rocannon, or his plight to thwart his enemies. It’s about an alien world and its inhabitants, and between the lines, about the injustice a technologically superior civilization perpetrates by settling it. And therein lies my “issue”. I’m not interested in reading about worlds.

The other gay romance book of this year, from an author who I’ve been following for a while, and whose novella, Unfit to Print, I read and loved last year. This one wasn’t as good as that, nor as Heated Rivalry, but I still enjoyed reading it. I will definitely seek out more works from the same author in the future.

Another autism book, this one from the pen of a young author who, like his fictional main character, wasn’t able to speak throughout his childhood despite being able to understand language. It’s a situation few people can adequately imagine in all its hopelessness and frustration, but that’s what this book is out to change. I was impressed by the power of the straight-forward, economic writing and the fearless tapping into controversial topics surrounding assisted communication. Another recommendation for anyone interested in autism.

The Secrets She Keeps

It’s been a long time (perhaps literally forever) since I’ve read anything like this. A psychological thriller, I believe, about a woman who, after meticulous planning and months of observation, successfully steals another woman’s newborn baby and almost gets away with it. It was an interesting excursion into a genre I don’t usually have contact with. Even though I couldn’t really relate to the characters, they were solid and the story was plotted impeccably. Not bad for a random pick.

This was hit and miss. Some of the stories (Death You Deserve, Heat Death of Western Human Arrogance, Feed, Hello World, The Heavy Things and The Heart’s Cartographer) were an absolute pleasure to read. Most others were unremarkable. I wish trans-men were better represented, only one or two stories feature such characters, the rest are mostly trans-women or non-binary. Overall, I liked the collection enough to consider getting the past and future installments too, but not enough to look up individual authors.

I struggled to finish this book. Wanted to drop it every time I picked it up and only kept going out of hope that I’d find some redeeming qualities in it eventually, but nope. Don’t have the heart to talk about all the things that make it bad because I sympathize with the marginalized group it represents. Not sure what I based my high expectations on, but I was disappointed on every front.

As close as I got to a self-help book in years, I suppose. Somewhat contrary to the title, this one’s about the art of making other people listen to you — by listening to them, among other things. I found that I was already familiar with the principles from my own experience in discussions and arguments, and some of the suggested strategies to break through communication barriers are profoundly wise. But knowing what’s wrong doesn’t equal being able (or wiling) to fix it. It remains to be seen if this book will have left any lasting mark on my life.

Ah, I arrive at last to the Pendulum book. Another classic that’s been on my reading list for decades. Eco is as wordy and nerdy as I remember him from The Name of the Rose, and reminds me in many ways of Stephenson, who is, without a doubt, his spiritual descendant. It took me months to read this book. The actual plot begins only after the half-mark and ends in shocking violence that was, on closer reflection, melodramatic. I’m pretty sure that, if a non-celebrity writer tried to publish this material today, half of its many, many words, or more, would be cut before anyone would even consider publishing it.

Last, but not least, the absolute favorite of my teens, that I tried and failed to procure as an e-book for years after losing my paperback edition — and finally succeeded. This book has a rather bad reputation, as it’s riddled with problems that a good editor could easily weed out (if I had a coin for every instance of the word slightly in it, I’d be rich). But the actual content isn’t half bad! It has aged surprisingly well; although today the threat of nuclear wars seems far more distant than that of an ecological disaster, both might conceivably lead to a setting of The Ring — the Earth as an ocean world — with future humans still divided by petty issues of race and class. But the main character is the reason I loved it in my youth and still find it compelling today.

I should write a proper review.