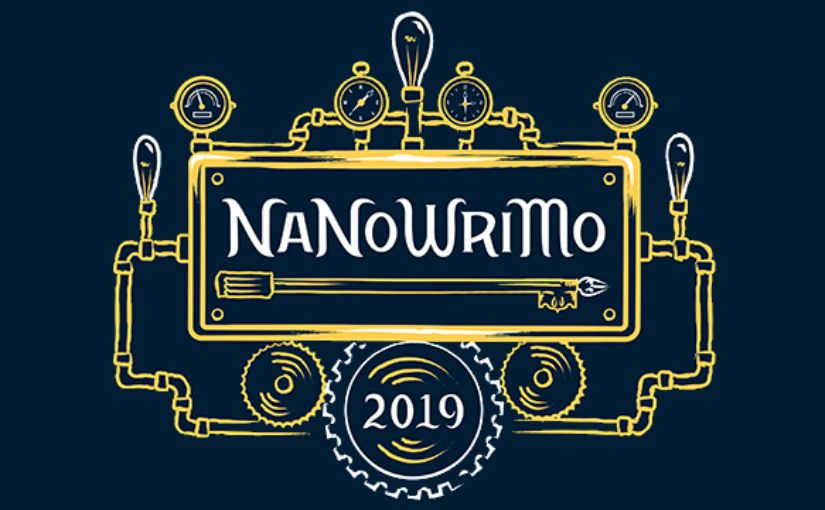 In the previous post, I announced that this year I would be doing a modified Nano thing, whereby I’d try to complete the rewrite of the Nano 2011 draft for my story Ghost in the Machine. Tl;dr: I did not “win” Nano and I did not finish Ghost. I did write almost every day of November and I did draft two new chapters. But I’m thoroughly uninspired to go on with it.

For those who don’t know what all this is about and are too lazy to click the links (and because I enjoy repeating myself), Ghost is an AU novelization of Mass Effect in which Nihlus survives Eden Prime, assumes the role of Shepard’s Spectre mentor, and leads the pursuit of Saren, who is not only his former mentor and a close friend, but also a long-time lover.

During Nano 2011, I wrote a complete, 68k draft of this story. But it was quite shit and in obvious need of a total rewrite. Somehow I managed to redo the beginning of it in December 2011 and start posting the story weekly in January 2012. That was a big mistake. The rewrite was slow and difficult because I grew attached to the story and wanted to give it my best, and had many new ideas that I didn’t even know how to execute at the time. Posting newly rewritten chapters weekly worked so-so in the beginning, but soon I could no longer catch up and started skipping updates, adding the guilt for letting the readers down to the already hefty bag of perceived inadequacies that were making progress harder and harder by the day. But I kept posting, less and less regularly, for the next two years. The last update was in December 2013 and it was probably the weakest chapter in the whole work that far, depicting in a clipped and uninspired fashion the argument between Wrex, Shepard and Nihlus on what to do with Saren’s apparent success at curing the krogan genophage (titled, to wit, The Cure). I had the next chapter, Virmire, ready to post; but after receiving less-than-enthusiastic feedback on it from my writing buddies, I decided to scrap it and redo it from scratch. The unfinished draft of this, now second revision of Virmire, was the last thing I wrote for Ghost prior to this year.

I started working on Ghost again in January. It took an enormous effort to complete that draft of Virmire, but in the end I was happy with it and went on to draft another few chapters. When I didn’t feel like creating new content, I made edits to the chapters that have already been posted. It was slow, but that was fine, because my hands were full of TTSS and that had priority. I set out to continue in the same manner during this year’s Nano and try to draft the final 10 or so chapters of Ghost. The deal I made with myself was this: I’d work on this every day; if I could write new stuff, I’d report the word count of that; if I couldn’t, I’d edit the old stuff and award myself 1000 words as long as I could get a whole chapter done.

In the first two weeks or so I mostly edited old chapters, skipping those few that require radical changes, and fiddled with the post-Virmire stuff which is difficult because of [spoilers]. At one point I started on a new chapter with a lot of exposition delivered through dialog and decided to cast it as a transcript. I may change my mind on that format in the future, but it was a good move at the moment because it allowed me to just write all (or most) of what needs to be said in about 5000 words. I worked on this during the second two weeks. But once I finished it, a couple days before the end of the month, I couldn’t bring myself to begin the next chapter. And so my fledgling habit of daily writing went awry at the very end and Ghost remains as unfinished as ever.

I’m a bit confused by this sudden drop in spirits because that chapter I couldn’t bring myself to start is one of the several I was really looking forward to redoing. The original 2011 draft got especially bad near the end because I was in a hurry to meet the deadline and many scenes that I wanted to render properly were literally just described in it. This is one of them. I should be happy and enthusiastic, but instead I feel tired and depressed.

In retrospect, it might’ve been wiser to use Nano for starting something new after all, whether an original thing or one of the several capital fanfiction projects I’ve been brewing for years. It looks like TTSS burned through what energy I had for completing old, unfinished stories and now I need something else to recharge the batteries.